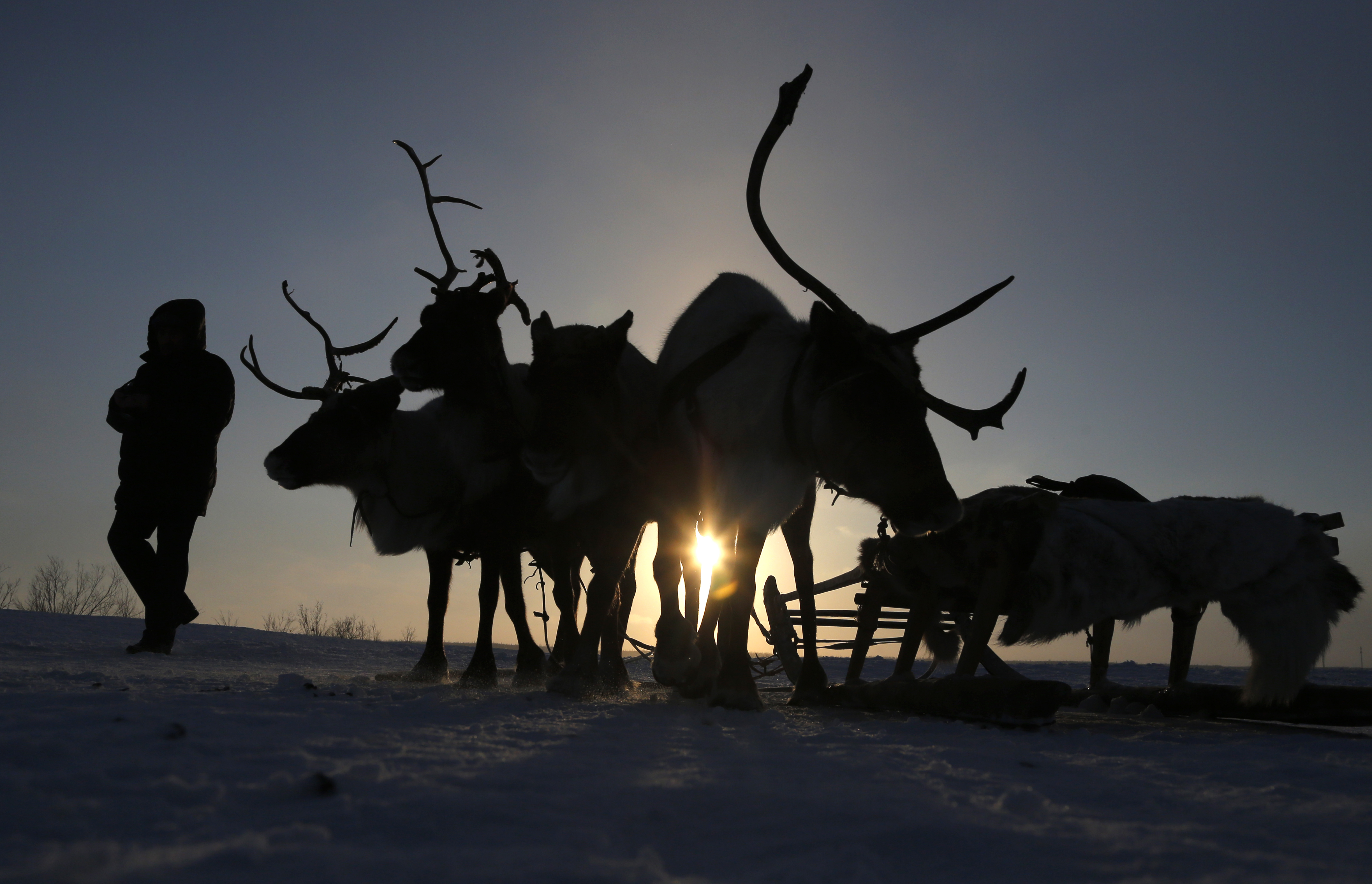 MOSCOW - A child has died of anthrax in Siberia in the first fatal outbreak of the bacterial disease reported in Russia in 75 years, the regional governor's office said on Tuesday.

A 12-year-old nomad died of anthrax and 20 more people have been diagnosed with it following the outbreak in a remote area, according to the office of Yamalo-Nenets governor Dmitry Kobylkin. Hundreds of nomadic reindeer herders have been evacuated to the regional capital, Salekhard, for treatment, and 90 of them have been hospitalized.

More than 2,300 reindeer have died in the outbreak in the region 1,200 miles northeast of Moscow. Kobylkin said all reindeer in the area have now been vaccinated and the deaths have stopped.

He also sought to dispel fears that anthrax could spread to a wider area.

"There is no epidemic in Yamal," Kobylkin said. "Only a small area was quarantined. The overwhelming majority of the nomads from the quarantined territory are healthy but Yamal doctors provide them with preventive treatment."

The government will earmark 90 million rubles ($1.3 million) to help the nomads, who are indigenous to the remote region, build new homes in a new settlement. Yamal's nomads live in temporary dwellings called chums that are typical for the nomadic people of Siberia as well as parts of Mongolia and China.

Anthrax is a germ that can enter the body in three ways -- through the skin via a break in the skin like a cut or sore, ingesting it by eating anthrax-infected animals, or inhaled through the nose or mouth. Anthrax bacteria live in the blood of animals. When an animal dies, the bacteria form spores, which are released. It is easily treated with antibiotics and rarely kills.

Russian officials have linked the outbreak in Siberia to unusually hot weather, Agence France Presse reports. They say the last month of soaring temperatures melted the permafrost and activated the deadly spores.

"The anthrax spores lay in wait in the permafrost for more than a century," said the agriculture watchdog agency, according to AFP.

The region had been declared free of the infection since 1968.