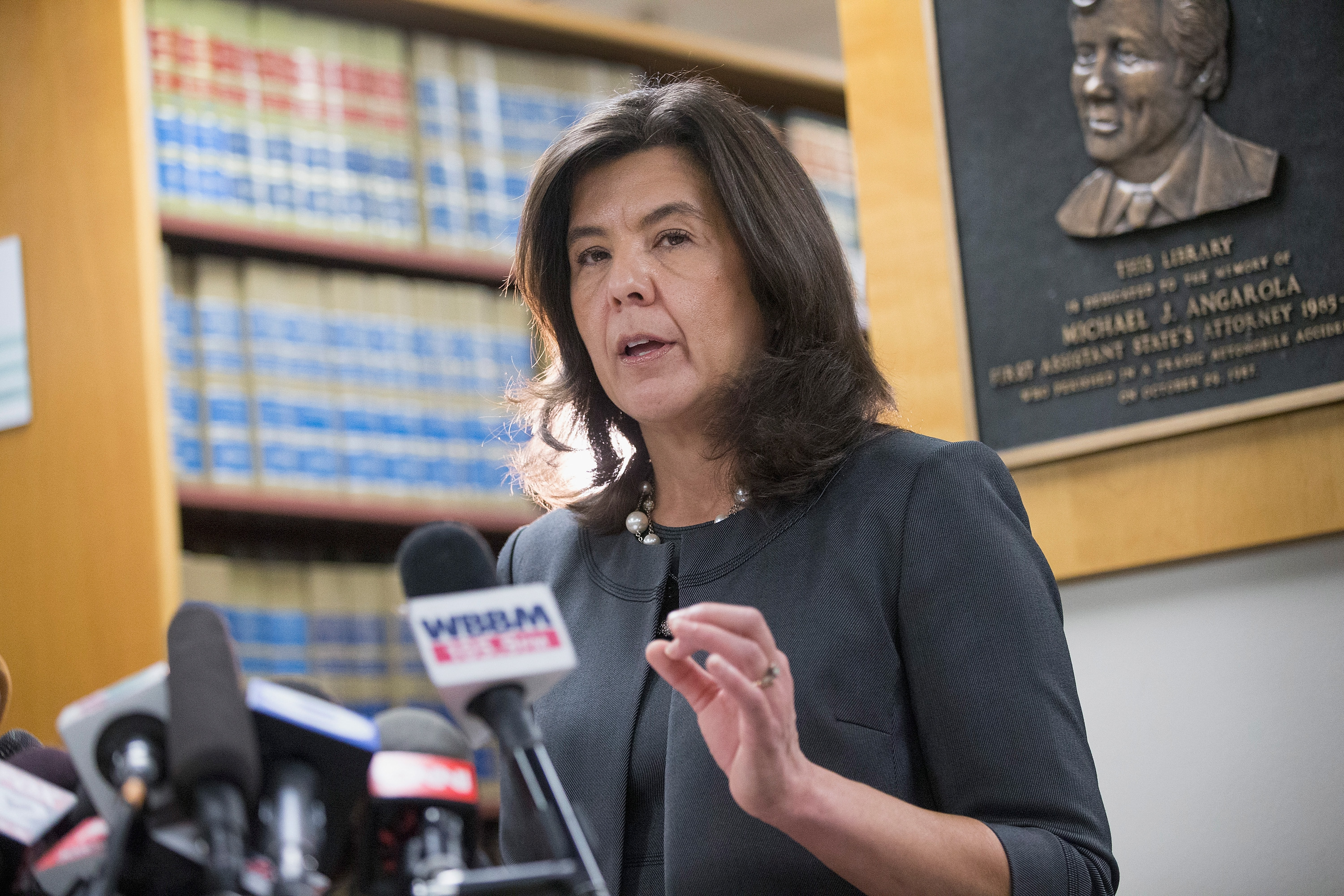 Foxx, who had served as a former chief of staff to the county board president, was among the harshest critics of Alvarez over the Laquan McDonald shooting. The teenager was shot 16 times in October 2014, an incident that was captured on squad-car video.

Alvarez charged officer Jason Van Dyke with murder, but not until November, more than a year after the incident and hours after a judge ordered city officials to release the tape publicly.

The video sparked near daily protests throughout the city, with activists who called the investigation a "cover up" showing up to her office, home and outside public appearances.

CBS affiliate WBBM reported Alvarez repeatedly defended her handling of the case, saying she was working alongside the FBI and federal prosecutors to thoroughly investigate the shooting and build a "meticulous case" against Van Dyke.

Van Dyke has pleaded not guilty to six counts of first-degree murder and one of official misconduct.

Foxx, who worked in the juvenile division of the office, has called for other reforms such as working with outside groups and data-based decision making. She said her win was a clear sign voters were ready for a change, with the handling of the McDonald case as just one of many issues troubling the office.

"It's not just one case, it's time to turn the page," Foxx told The Associated Press before addressing supporters. "We are turning the page on a chapter in our history where we can begin to look forward and transform our criminal justice system."

Alvarez thanked supporters, including employees in her office, saying she was proud of their work. She urged any successor to continue fighting against gun violence and continue programs that she started, including for alternative prosecution and sentencing.

"I have been criticized that I wasn't a very good politician and that's probably right. And that's probably why I stand here before you tonight," she said. "But I am very damn proud of the fact that I am a good prosecutor."

Fellow challenger Donna More finished third in the primary. Foxx moves onto a November matchup against Republican Christopher Pfannkuche, whose primary was uncontested.

Foxx had establishment backing, winning an endorsement from Cook County Democrats who had initially decided to stay neutral in the race. The reversal raised eyebrows about her connections to top Democrats, including Cook County Board President Toni Preckwinkle.

During the election Foxx was also hit with about $20,000 in fines from state election officials for failing to report a campaign poll paid for by Preckwinkle and not meeting other campaign disclosure filing deadlines.

Foxx dismissed the criticism by saying the endorsement or connections wouldn't prevent her from making tough decisions.