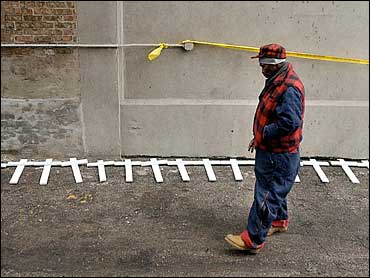 City officials demanded that a judge jail the owner of the E2 nightclub for at least a year Tuesday, saying he was illegally operating the place when 21 people were killed in a stampede.

The city said Dwain Kyles had ignored a court order from last July to shut the place down because of building code violations that included failure to provide enough exits. City officials asked Circuit Judge Daniel Lynch to find Kyles in criminal contempt of court and put him behind bars.

"You don't have a right to disobey a court order until someone catches you or until a disaster happens," Mayor Richard M. Daley said.

Andre Grant, an attorney for the owners of the E2 nightclub, contended that a deal had been reached in October to keep the place open.

"There is absolutely no such agreement, either written or oral," said Mara Georges, the city's chief lawyer. "Obviously, these people were intent on breaking the law, and they broke the law."

She said the city had done everything in its power to keep the nightclub closed in civil housing court.

However, Police Superintendent Terry Hillard said Tuesday that police had been unaware of any order to shut down E2. He said he had even told officers to pay special attention to the location after crowd-control help was requested there.

The judge did not immediately act on the request. He said that Kyles had not yet been served with the paperwork and that he would give the two companies 10 days to respond.

Jenny Hoyle, a spokeswoman for the city Law Department, said judges have wide discretion on what penalties they impose for criminal contempt. Lynch said acts of contempt considered minor have a jail limit of less than six months; major offenses can lead to much longer sentences.

Twenty-one people were killed early Monday in a stampede down a stairwell that began when security guards broke up a fight by spraying pepper spray. A lawyer for the club operators suggested someone might have shouted a warning about a terrorist attack.

Police have begun interviewing hundreds of witnesses who were in the crowded second-floor nightclub on the near South Side. The Rev. Jesse Jackson said Kyles was the son of a longtime friend and had submitted to police questioning Monday.

In the panic, club-goers who had been partying moments earlier found themselves squashed in the stairway. Bodies were trampled and flattened against the glass doors.

A crowd control management expert who had worked with Chicago officials in the past told CBS News there was a tendency not to inspect on busy weekend nights, because it was hard to do and it was against union rules. But that, Paul Wertheimer of Crowd Management Strategies said, is when you go and you find violations.

"Way too many clubs and venues in the United States play Russian roulette with our safety and we don't even know it," he added.

"You don't say 'Hey, we're coming to your club today, can we check it out,'" he said, adding that the city has a history of being loathe to go in on weekends and see what's really going on in these clubs.

Some witnesses said the door at the bottom of the stairwell became blocked by the mass of people. Others claimed security guards closed it shortly after the stampede began, trapping people inside.

Police officials said they are trying to locate promoter Marco Flores of Envy Productions & Entertainment Co., which promoted the event. Hillard said Flores has left the state. Envy had rented the club and provided security guards for the event.

E2 has featured such performers as R. Kelly and the rapper 50 Cent.

Le Mirage also owned the Epitome restaurant downstairs. Both the nightclub and the restaurant were voluntarily closed Tuesday, said Thomas Royce, an attorney for the two businesses.