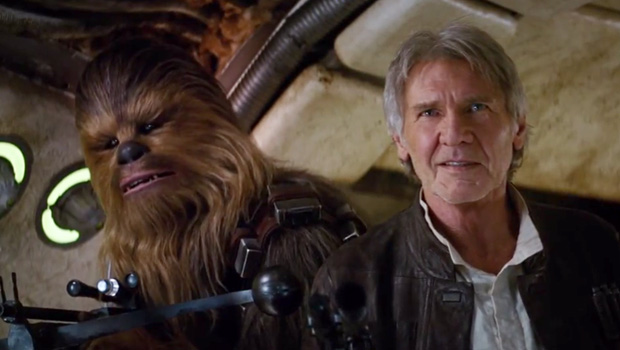 A recently unearthed deleted scene from “The Force Awakens” shows the Wookiee ripping off the arm of Unkar Plutt after he threatens Rey in Maz Kanata’s castle.

The scene does not appear in the final cut of the movie and may be from “The Force Awakens 3D Collector’s Edition.”

The clip, which has gone viral on YouTube, is pretty graphic, so it’s makes sense that Disney pulled the scene.

Chewbacca first grabs Rey’s blaster out of Unkar’s hand and gives it back to her. Then Unkar, played by Simon Pegg, threatens Chewie -- bad idea.

Chewbacca rips Unkar’s arm off and drops it on a table. The moral of the story? You want Chewbacca on your team.