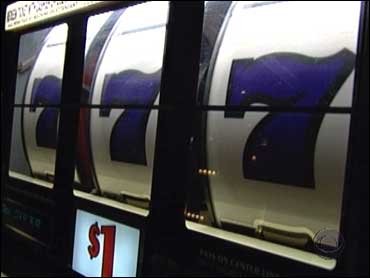 The Federal Trade Commission voted 4-0 to approve the merger. Chairman Timothy J. Muris recused himself from the vote.

San Francisco-based Chevron agreed to buy Texaco in October 2000 in a stock deal valued about $39.3 billion, plus the assumption of about $6 billion in debt. Under the terms of the deal, Chevron will be renamed ChevronTexaco Corp. and will trade on the New York Stock Exchange under the new ticker symbol CVX.

The combined company will still lag far behind the so-called "super" majors - Exxon Mobil Corp., Royal Dutch/Shell Group and BP PLC, which have muscled up through huge mergers in recent years.

The deal requires a number of significant divestitures.

The companies announced in a statement they have also negotiated a consent decree with the attorneys general of 12 states.

"Today marks a critically important milestone as we move to establish a premier energy company with the world-class assets, talent, financial strength and technology to achieve superior results," said Chevron chairman and CEO David J. O'Reilly, who will lead the new company in the same capacity.

Chevron plans to take control of Texaco Oct. 9, the same day the two companies' shareholders are to vote on the deal.

Holders of Texaco stock will receive 0.77 shares of ChevronTexaco for each share of Texaco they own.

To satisfy the FTC's concerns that the merger, as originally proposed, would violate antitrust law, Texaco agreed to divest its U.S. refining and marketing affiliates. Texaco refines crude oil in the United States under two separate affiliates, Equilon Enterprises and Motiva Enterprises. The company owns a 44 percent interest in Equilon, with the rest belonging to Shell Oil Co. Texaco and Saudi Refining Co. each own 35 percent of Motiva; the rest is owned by Shell.

Texaco also will sell its one-third interest the Discovery natural gas pipeline system in the Gulf of Mexico and its general aviation businesses in 14 states, the FTC said.

"In markets where competitive concerns were identified, those problems have been addressed, with the result being a continuation of the competitive balance that existed in the pre-merger environment," said San Royall, the FTC Bureau of Competition Deputy Director.

Analysts regard the two companies as a good fit because they have many complementary operations internationally, including West Africa and Brazil, home to some of the world's largest new oil fields.

Although rivals, the two companies have a long business relationship. For the past 65 years, they have co-owned a joint venture called Caltex Corp., which sells 1.8 million barrels of crude oil and petroleum products per day and operates in 55 countries.

Chevron tried to buy Texaco in 1999, but those talks unraveled over disagreements about price and issues of control.

When Chevron's then-CEO, the often acerbic Kenneth Derr, retired at the end of 1999, David O'Reilly took over, paving the way to reopen talks with Texaco. Texaco's stock also had been lackluster since breaking off its talks with Chevron.