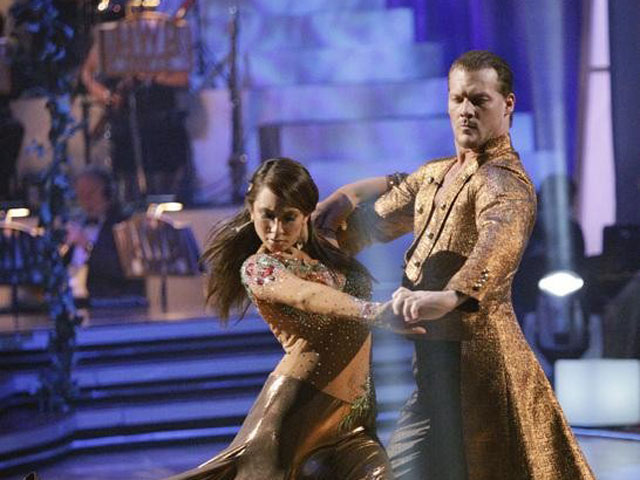 The two-time mirrorball trophy winner was dancing the paso doble with partner Chris Jericho when she "felt something rip" in the upper inner thigh and groin region of her left leg, according to People.

"There was a move where I get down quickly," she told the magazine."It bothered me [in rehearsals], but not like this. Now that the adrenaline of the live show is wearing off, I'm feeling the pain a bit more."

According to the report, Burke was treated by medics, who applied an ice pack to the injury, after the broadcast. The dance earned her and Jericho a 23- point score from the judges.

This isn't the first time a pro was hurt during a performance this season. Last week, Maksim Chmerkovskiy's leg gave out while dancing the rumba with Kirstie Alley. The two tumbled to the ground but got up right - with Chmerkovskiy wincing in pain - and continued the routine. During Monday night's show, the pair had another problem - her shoe came off during their waltz.