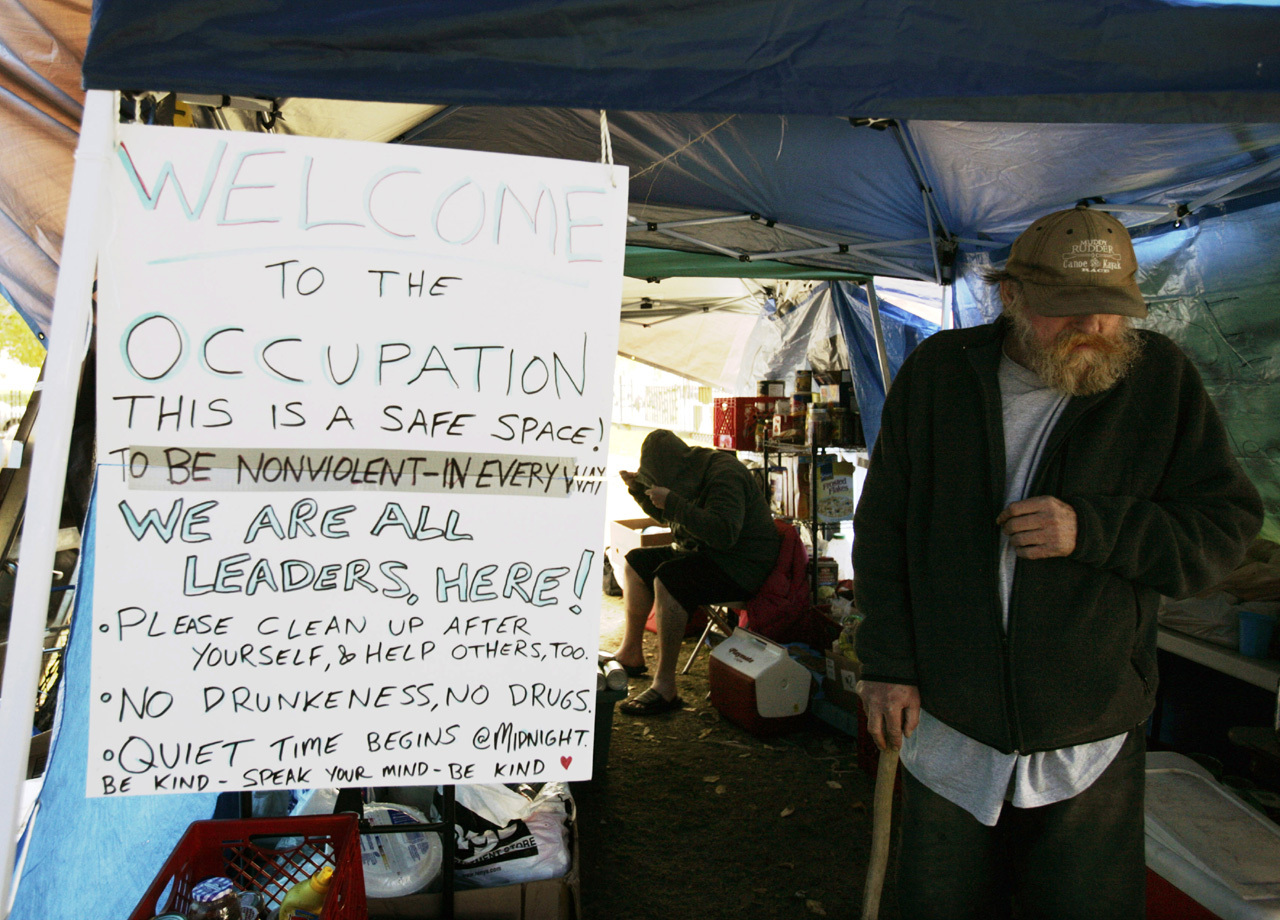 PORTLAND, Maine - Police are looking for the person they say threw a chemical bomb at the Occupy Maine encampment in Portland.

Police responded around 4 a.m. Sunday morning to an explosion in Lincoln Park at Congress and Pearl Streets.

Nobody was injured in the incident, reports CBS Affiliate WGME, but the homemade bomb - made up of chemicals poured into a plastic Gatorade container - could have caused serious injury.

Police said the bomb was thrown into the camp's kitchen, a tarped area where food is cooked and served.

Stephanie Wilburn, who was at the camp at the time, told WGME that she heard a "clank" when a car drove by, and then witnessed an explosion about three feet away from her, under a table.

A friend who checked out the scene found the remains of a Gatorade bottle that had contained Drano and tin foil.

"It was kind of scary," Wilburn said.

"I lost hearing overnight, and I also got a sore thoat from inhaling the Drano smoke. So it was not very fun at all," she said.

Sauschuck described the device Monday as the type often associated with teenage pranks. But he said police are taking it seriously because someone could've been hurt.