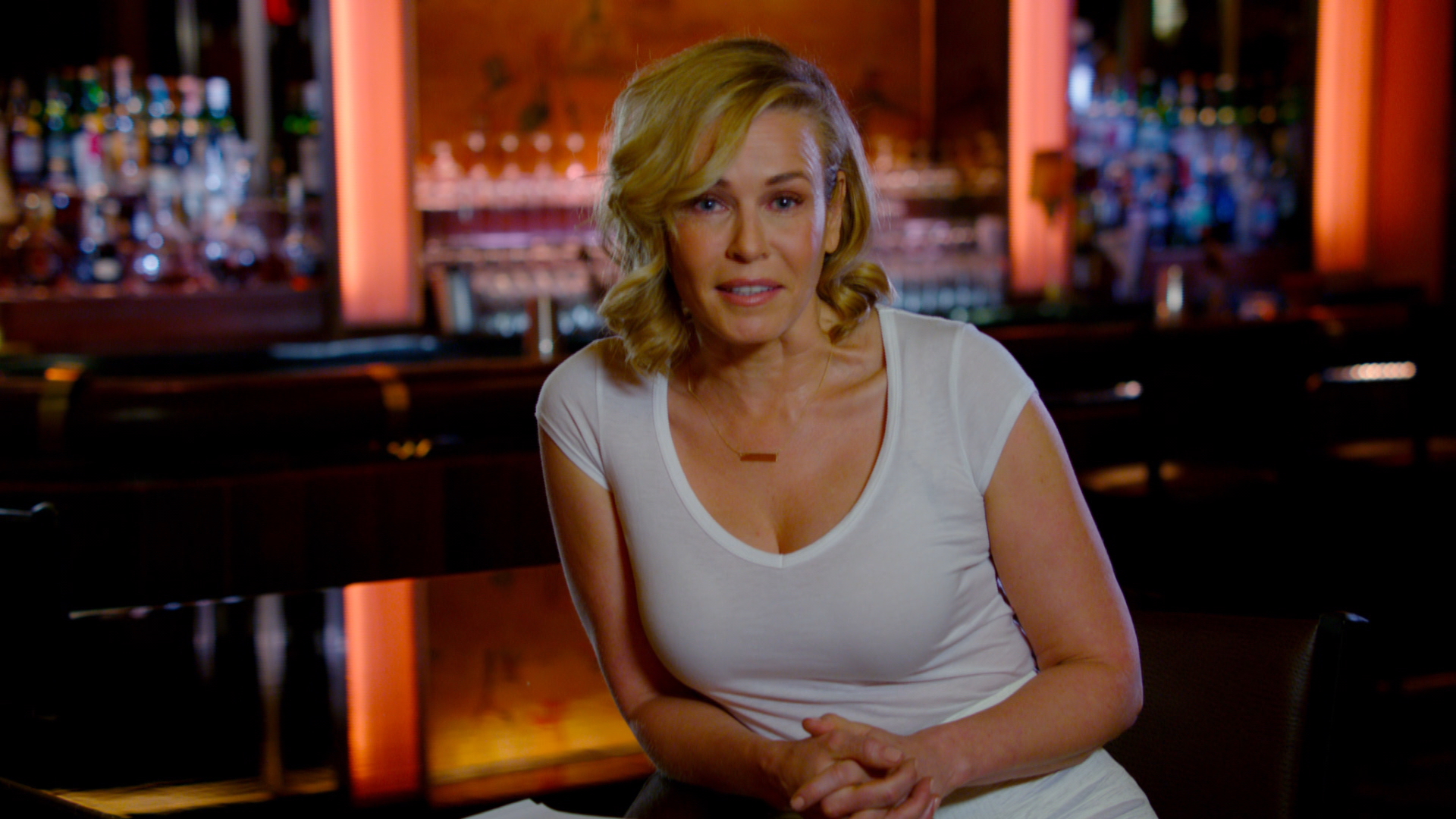 Chelsea Handler is the latest celebrity to make the move to Netflix, with a new documentary series called "Chelsea Does." Over the years, Handler has worn a lot of different and funny hats, including stand-up comedian, author and host of her own late-night show for seven years. But as the show ended and she prepared to launch her Netflix series, the 40-year-old took time to write a letter of advice to herself at age 20 in this installment of the Emmy-nominated series, "Note to Self."

I know you are scared being so far away from your family, in a city where you know few people and you have no money, but you were brave to move all the way across the country when you were twenty. I know you don't think of yourself as brave, but that is exactly what you are. This is the first of many big leaps in your life. Don't forget this time. You are directionless in the best possible way.

Right now you're waiting tables in a little restaurant in Santa Monica called Rosti. It is one of a dozen different restaurants that you will be fired from. You don't like people telling you what to do, and this will always be a theme for you. You do not have to take every little injustice that happens at a restaurant and make it into your battle cry. You are not Joan of Arc. Wait until you're doing something that you really care about and save your passion for that.

Don't expect immediate results with anything. Be patient. I know you hate hearing that, but seriously, be patient. Put in the time and effort and then wait for the reward. It will come. You will not wait tables forever. You will live out every moment you've dreamed about and even more. So take your time, look around, and breathe.

Please start eating healthy now. It becomes too much to unravel later. You have to create good habits now. Stop drinking soda. Don't ever drink another soda again. Start a relationship with water, I know you don't like the taste but put something in it. Lemon.

You can still drink alcohol as much as you want as long as you do everything else I say. You have a very healthy foundation with alcohol and I will never take that away from you.

Cigarettes are harder to quit the longer you smoke, so pick an age or a number under thirty and stop the day you turn that number. You're good at quitting things, so make sure you quit the bad things too.

Don't take a water pill, a sleeping pill, or a diet pill. They are only short cuts and short cuts only last for short periods of time. And eventually you will have to face the music, and it is not a pretty song.

The world is full of men, so look at dating realistically, and think about how you want to be remembered when you break up. Think of every relationship as an opportunity to grow, not as a soul mate. There are soul mates everywhere in life and most often times they are not your lovers. Do not reach out to ex-boyfriends when you've been drinking. I don't know how to make yourself stop doing it, but stop.

You'll be exhausted most of your life, but it will be worth it. And I'm telling you it is. Don't listen to people who are telling you you're doing too much. That's who you are. Flex your grit. It's okay to burn out on something. It forces you to move on. Enjoy the struggle of the unknown, because you will have the life you always dreamed of.

Be good to all the people that love you, and let them always know that you love them back. And don't ever listen to anyone who tells you you can't. Because you can, and you will, and you do.