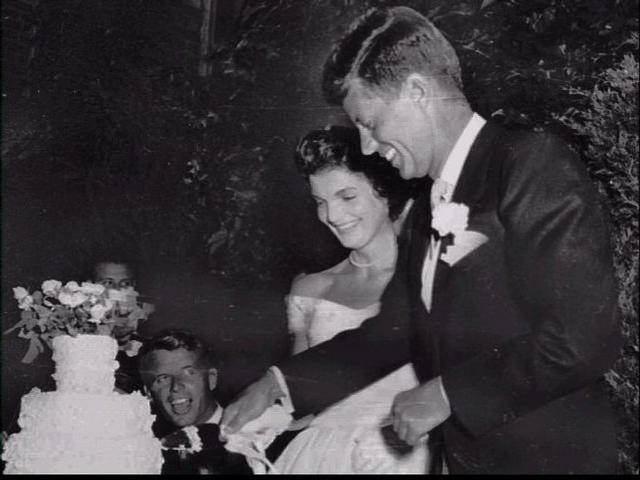 NEW YORK (CBS) When Chelsea Clinton walks down the aisle on Saturday, she and husband-to-be Marc Mezvinsky will join a long list of couples whose "power weddings" captured the world's attention.

Jenna Bush Hager is another first daughter on the notable nuptials list. She and husband Henry Hager married in front of more than 200 guests at the Bush ranch in Crawford, Texas, back in 2008. The bride wore an Oscar de la Renta gown with a short train, and her twin sister, Barbara, was her maid of honor.

There were also the White House weddings of Linda Bird Johnson, the daughter of President Lyndon Johnson, to Capt. Charles Robb in 1967 and President Richard Nixon's daughter, Tricia, to Edward Cox in 1971.

One of the most famous of the Washington weddings was the 1953 Newport ceremony uniting then Sen. John F. Kennedy and celebrated New York debutante Jacqueline Bouvier.

There have been some pretty powerful unions outside of politics as well. Starlet Marilyn Monroe made headlines when she married baseball icon Joe DiMaggio on Jan. 14, 1954, in San Francisco City Hall. He wore a blue business suit; she wore a brown suit with an ermine collar. The simple ceremony was capped when the groom put a 35-diamond wedding band on the bride's finger.

Actress Elizabeth Taylor has been married eight times but the ceremony most people remember is her 1964 wedding in Montreal to "Cleopatra" co-star Richard Burton. The two would divorce, remarry and divorce again in the course of a volatile relationship.

But no one does a wedding quite like the royals.

Most recently, Princess Victoria of Sweden tied the knot with her former personal trainer, Daniel Westling, on June 19 in front of more than 950 guests that included royals from Japan, Denmark, Spain and Jordan.

The 1956 wedding of Monaco's Prince Albert's parents, Prince Rainier and Princess Grace also captured the world's attention, as did the wedding of Prince Charles to Lady Diana Spencer on July 29, 1981.

And there's at least one other royal "power wedding" coming up - Prince Albert II of Monaco is marrying Charlene Wittstock on July 9, 2011. The televised ceremony will be held at Monaco's Notre Dame of the Immaculate Conception Cathedral.