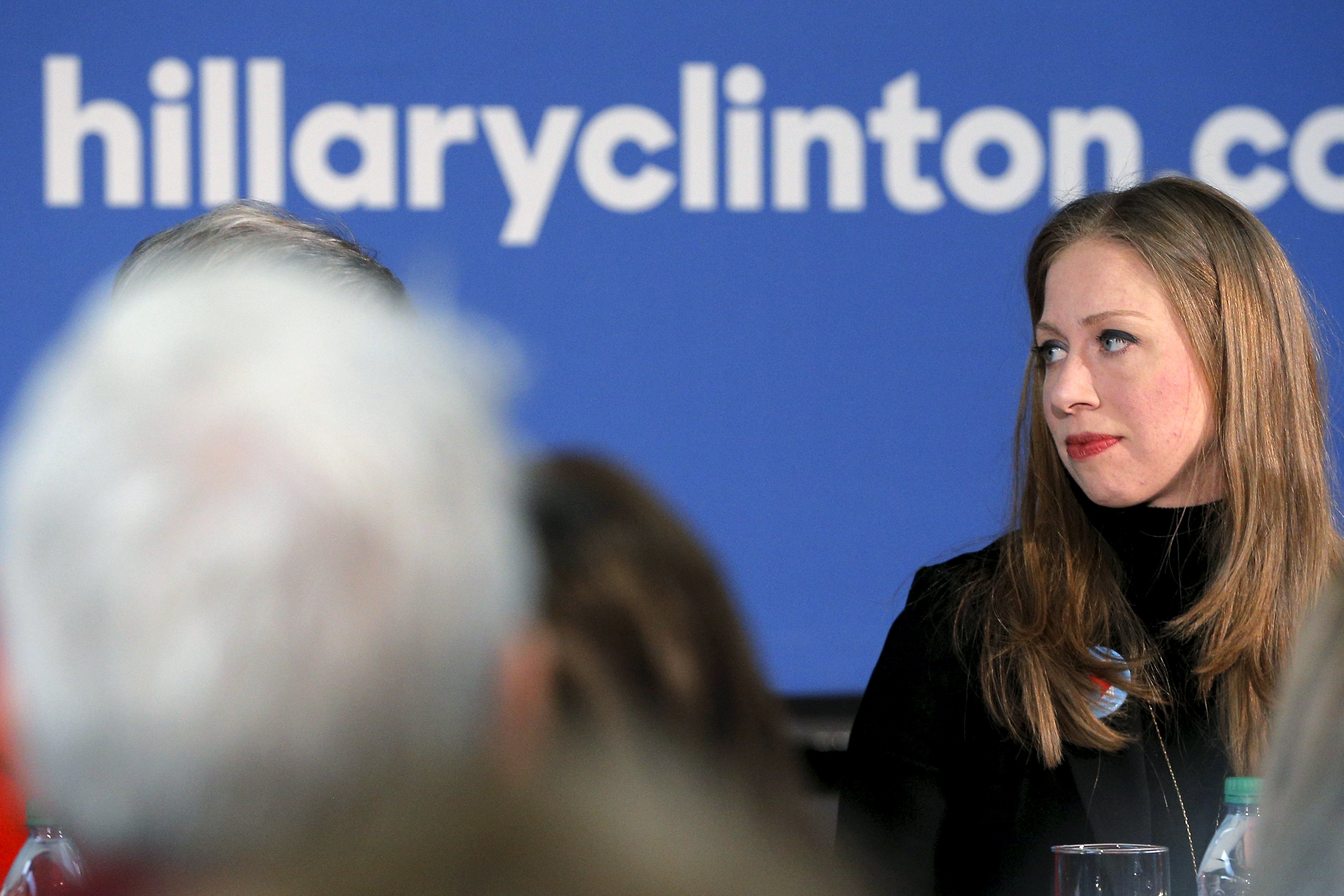 With polls showing the Democratic race tightening in the crucial leadoff states of Iowa and New Hampshire, Chelsea Clinton on Tuesday took aim at Bernie Sanders -- her mother's chief rival for the nomination -- saying that Sanders would "dismantle" the health care system as we know it.

Clinton was campaigning in New Hampshire on behalf of her mother, Hillary Clinton, ostensibly to tout the campaign's early childhood education plan. But she took sharp aim at Sanders, who advocates for a single-payer system that would place control of health care in the hands of the federal government.

"I never thought we would be arguing about the Affordable Care Act, or Obamacare, in the Democratic primary," Clinton told Democrats in Manchester, one of three stops she made during her swing.

She said Sanders would "dismantle" Obamacare, the Children's Health Insurance Program, and Medicare -- along with private insurance programs.

"Sen. Sanders wands to devolve the authority to set up state health insurance programs to individual state governors," Clinton continued. "Now maybe if I lived in a place like New Hampshire, with your governor, I would feel okay about that. But if I lived in a state that had a Republican governor, particularly a Republican governor who already turned down Medicaid expansion matching funds, I don't think I would be comfortable, right? Because I don't want to live in a country that has an unequal health care system again."

Clinton also said her mother has a plan to pay for her higher-education proposals, unlike Sanders, who proposed free tuition at public colleges and universities. Clinton has also proposed to make tuition at two-year and four-year public universities free.

"She also, unlike Sen. Sanders, has articulated how she's going to pay for that proposal," Chelsea Clinton said of Hillary Clinton's plan.

"Currently, there's a $19 trillion gap, give or take, between what Sen. Sanders has proposed and how he's articulated paying for those proposals," Clinton said. "So that, to me, is troubling."

Later, at a stop in Portsmouth, Clinton made a trip to G. Wilikers toy store where she perused children's books for her 15-month old daughter, Charlotte.

Clinton scooped up several books and a crochet owl hat to bring back to New York before heading over to the Portsmouth Brewery to host her final town hall of the day, where she faced a question about her mother's ties with Wall Street.

"She has such a complex and nuanced plan," Clinton said after referencing her mother's record from when she was a New York senator. "That's why Paul Krugman and others have said hers goes the farthest to regulate and rein in Wall Street and to increase the chance that we will never have 2008 ever again."