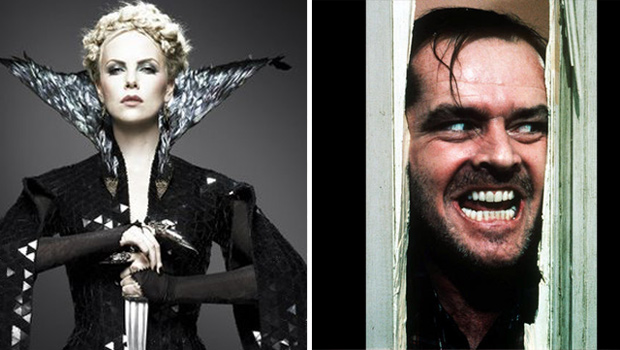 (CBS) Charlize Theron, who is playing The Evil Queen in "Snow White and the Huntsman," told LA Confidential that she found inspiration for the part from another sinister character - Jack Nicholson's role in "The Shining."

"There was definitely something [about the character] that always reminded me of Jack Nicholson in 'The Shining,'" the Oscar winner told the magazine. "I played with the idea of that cabin fever, being stuck in a castle, and slowly losing your mind, your obsessions eating you up, and becoming capable of doing something you didn't necessarily think you would be capable of."

"Snow White and the Huntsman" is one of two Snow White films due out next year. "Huntsman," which stars Kristin Stewart as its heroine, is said to be the darker of the two films.

"This has been a great sandbox to play in - huge sets and great costumes, and yet very grounded material," Theron said in the interview.

The film will be released in theaters on June 1.