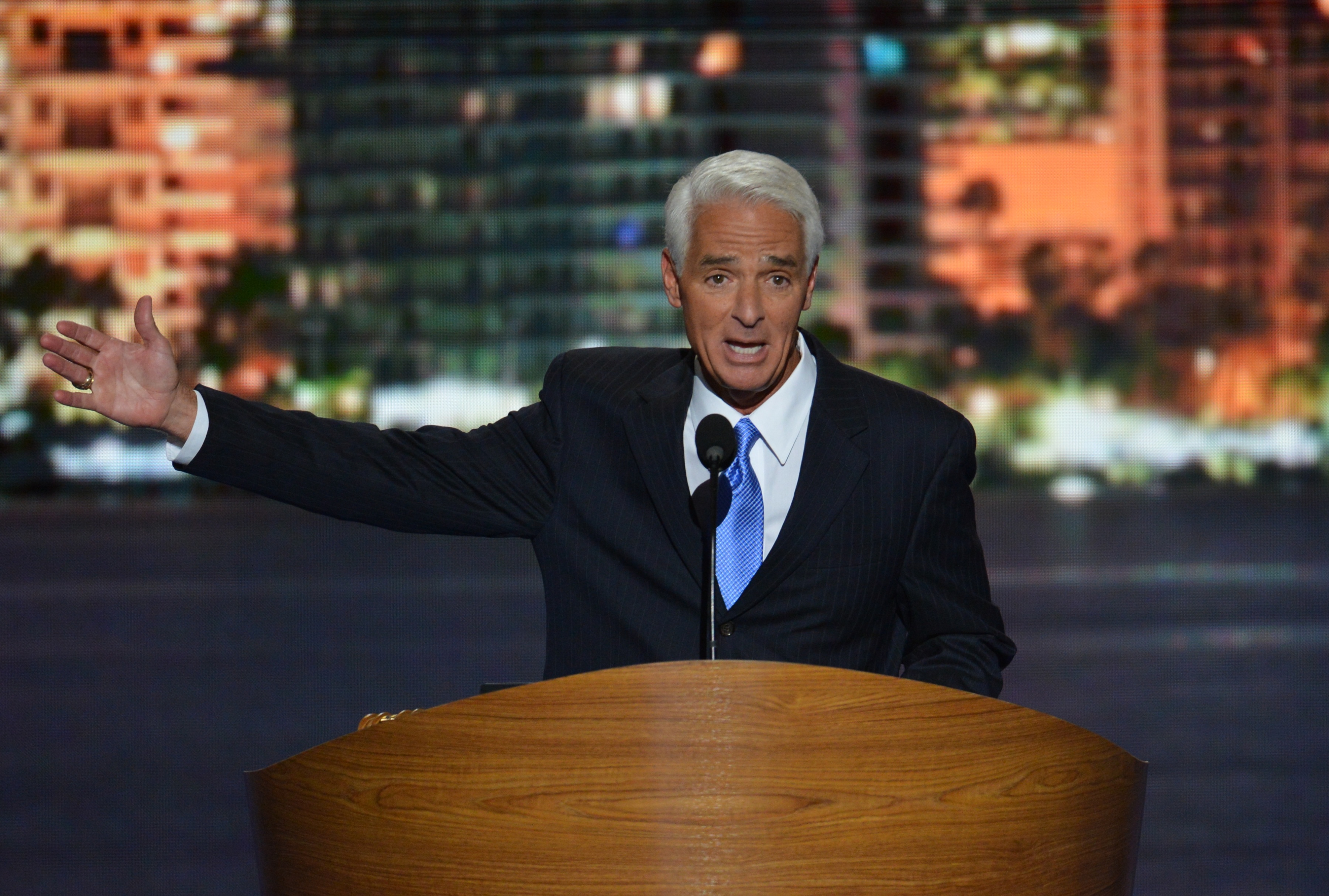 (CBS News) CHARLOTTE, N.C. -- Charlie Crist, the Republican-turned-independent former governor of Florida, hailed President Obama Thursday night for taking the necessary steps to save his state from a series of disasters, even when they were politically risky.

"Even as the Republican Party fought tooth and nail to stop him, this president showed his courage, invested in America--and saved our Florida," Crist said at the Democratic National Convention.

Crist recalled the economic calamity that hit the state in 2008 and praised the president for pushing through stimulus funding in response.

"President Obama saw what I saw: a catastrophe in the making," he said. "One of his first trips in office brought him to Fort Myers, where I was proud to embrace him and his plan to keep our teachers, police and firefighters on the job."

Noting how his support for Mr. Obama's policies sunk his 2010 Senate bid, Crist said, "Well, that hug caused me more grief from my former party than you can ever imagine."

No political party has a monopoly on leadership, the former governor said. "But as a former lifelong Republican," he continued, "it pains me to tell you that today's Republicans--and their standard-bearers, Mitt Romney and Paul Ryan--just aren't up to the task."

Today's GOP, Crist said, is beholden to political donors and partisan ideologues. Inverting a saying Ronald Reagan once made about the Democratic party, Crist said of his party affiliation, "I didn't leave the Republican Party; it left me." Reagan himself, he said, "would have been too moderate, too reasonable for today's GOP."

"Barack Obama does not stand for that. You and I won't stand for that," he said. "I'll be honest with you, I don't agree with President Obama about everything. But I've gotten to know him, and I've worked with him, and the choice is crystal clear."