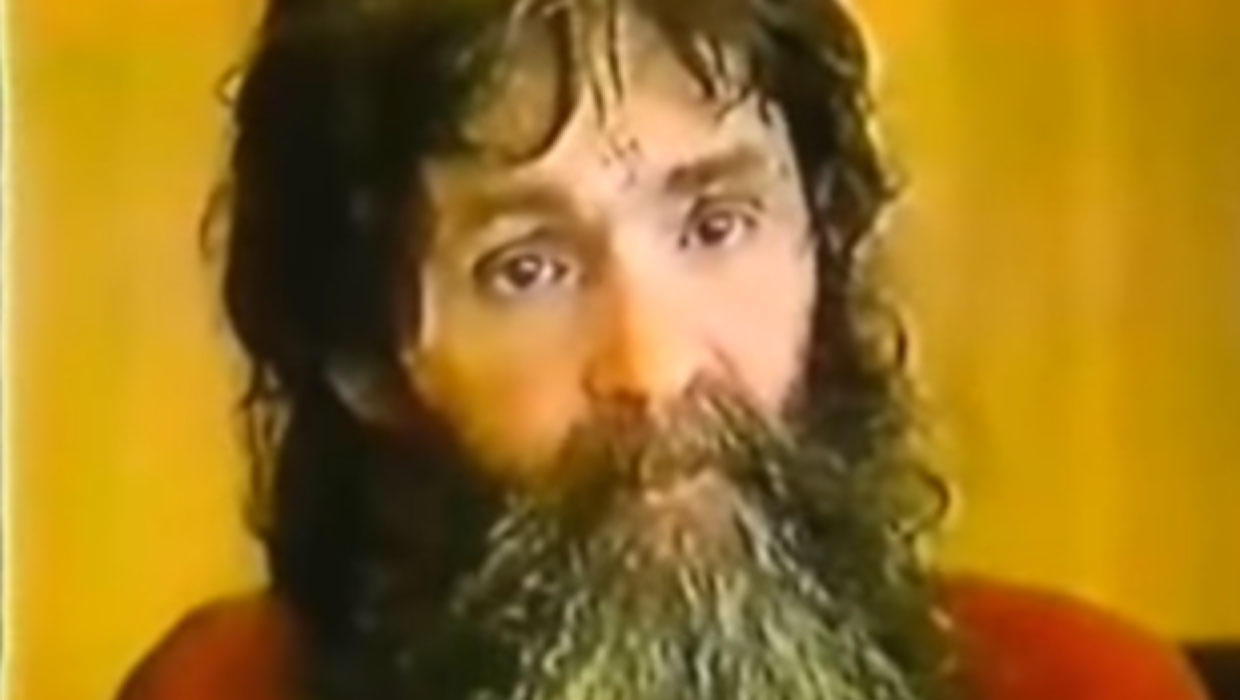 Notorious cult killer Charles Manson, who died at 83 Sunday at a California hospital after being imprisoned for more than 45 years, refused to acknowledge any kind of wrongdoing in a rambling 1986 jailhouse interview with Charlie Rose on CBS News' Nightwatch.

Manson was convicted of orchestrating the infamous August 1969 murders of seven people in a bloody two-night Southern California crime spree, using his influence over a group of deranged followers known as the Family to order the gruesome killings in an attempt to incite a race war.

Pregnant actress Sharon Tate, the wife of filmmaker Roman Polanski, was among those slain.

Manson and other Family members were also later convicted in two more killings linked to the cult.

The murders terrorized the nation and continue to incite a morbid fascination that, according to the late Manson prosecutor Vincent Bugliosi, "never stops." Bugliosi, who died in 2015, wrote the best-selling book "Helter Skelter" about the Manson case.

But in the bizarre interview from February 1986, Manson was defiant and wouldn't concede that the bloody rampage ever even happened.

In the wide-ranging interview, Manson is at first casual with Rose, shaking his hand and commenting, "So, Rose, how are you? I've been watching you, watching you on the tube."

When Rose later presses him for answers on what happened during the killing spree, Manson becomes increasingly combative, saying, "There's no murder in the holy war."

When Rose asked Manson whether he believed his life took a wrong track early on amid his first contacts with the prison system, Manson gave a bizarre answer, refusing to subscribe to morality.

"See, that doesn't even compute in my world, because like, there is no wrong," Manson said. "….According to everyone else, I've never done anything right. In the world I live in, I've never made a bad move in my whole life."

Manson denied he was ever a leader to the notorious "Family," appearing to reject that the group was a cult.

"I'm not a leader, I've never been a leader in my life," Manson told Rose. "I got a motorcycle and I've got a guitar, and girls follow me around."

When Rose asked Manson how he felt about being perceived as a monster, Manson became belligerent, yelling, "I did not direct nobody to be killed, man."

In a statement released early Monday morning, the Association of Deputy District Attorneys of California quoted Bugliosi, saying he gave "the most accurate summation: 'Manson was an evil, sophisticated con man with twisted and warped moral values.' Today, Manson's victims are the ones who should be remembered and mourned on the occasion of his death."