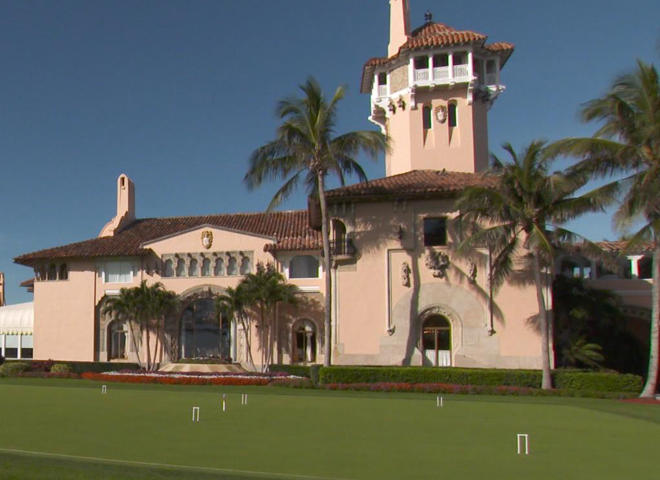 The American Cancer Society and Cleveland Clinic announced Thursday they will not hold fundraisers at Mar-a-Lago scheduled for 2018 after Mr. Trump's response to the violent white nationalist rally in Charlottesville, Virginia.

The American Cancer Society and the Cleveland Clinic research hospital have held charity events at Mr. Trump's Florida club for years. Neither specifically mentioned the president's controversial remarks in statements, but the American Cancer Society said it must consider its "values" and "commitment to diversity." Cleveland Clinic CEO Toby Cosgrove was a member on the White House's strategic and policy forum, one of the two business advisory groups that disbanded on Wednesday.

"When we chose to hold our 2018 event and related dinner at Mar-a-Lago, we selected the venue based on a variety of factors, including costs and venue requirements," a statement from the American Cancer Society reads. "Our values and commitment to diversity are critical as we work to address the impact of cancer in every community.

It has become increasingly clear that the challenge to those values is outweighing other business considerations. With our volunteer leaders, we are exploring other opportunities and potential venues. The generous support of community volunteers and donors are critical to our life-saving mission. Only by coming together will we solve our society's most difficult challenges, including reducing the pain and suffering from cancer."

The Cleveland Clinic offered little explanation for its venue change, but said it reached the decision not to hold a fundraiser at Mar-a-Lago in 2018 after "careful consideration."

The president's businesses have benefited in some ways since his inauguration. Revenue at Trump International Hotel in Washington, D.C., for example, far exceeded expectations in the first few months after opening. But Mr. Trump's name may have its drawbacks for his business, as the charities' decisions seem to indicate.

Mr. Trump on Tuesday, in an unscripted press conference, said there were some "very fine people" at the white nationalist rally in Charlottesville, and people on "both sides" were responsible for the violence, fueling criticism even from top members of his own party. Mr. Trump is currently at his club in New Jersey, finishing a 17-day working vacation before returning to Washington, D.C.

"After years of statements and policies from Trump denigrating the types of people and communities these charities serve, it's quite telling and sad that it took the death of a peaceful protester to get these charities to cancel events at Mar-a-Lago which were clearly meant to curry his favor and lined his pockets."