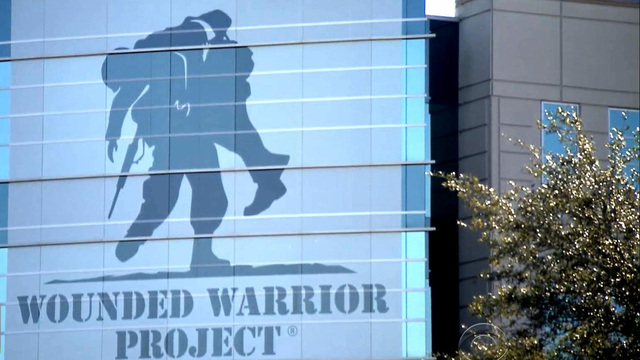 The Wounded Warrior Project found itself steeped in controversy again late Tuesday after its board of directors abruptly scrapped a meeting set for early next week with the charity's founders.

The founders accused the directors of calling off the session out of concern that it could lead to negative revelations about the directors. The founders assert the board had a role in the organization's alleged financial mismanagement.

The project helps U.S. troops wounded in Iraq and Afghanistan.

The group's two top executives, Chief Executive Officer Steven Nardizzi and Chief Operating Officer Al Giordano, were fired by the board March 10 after a CBS News investigation found the project spends 40 to 50 percent of its donations on overhead, including extravagant parties. Other veterans charities have overhead costs of 10 to 15 percent.

After the firings, the directors conceded in a statement that, "Some policies, procedures and controls at WWP have not kept pace with the organization's rapid growth in recent years, and are in need of strengthening."

But the board also insisted that a "substantial portion of the donations given to WWP" go to programs and services for wounded vets.

In a statement that day, the group's founders, the Melia family, said donors "have every right to be angry about the lack of stewardship shown by the immediate past leadership."

On March 11, one of those founders, John Melia, a former U.S. Marine, told The Associated Press he'd be open to returning to the project to try to build its reputation back up.

The AP said Melia "launched the project on a shoestring budget in 2003 after reflecting on his experience being injured in a helicopter crash off Somalia. Years later, he was replaced as CEO by Nardizzi, a lawyer who brought an aggressive entrepreneurial style to the charity and turned it into an $800 million fundraising enterprise."

A meeting to discuss a possible renewed role for John Melia and his brother, Jim, another founder, was slated for Monday.

But late Tuesday night, the Melias blasted the board. In a Facebook post titled, "Wounded Warrior Project board of directors turns its back on founders," Jim said he and Jim were told by the directors the meeting was off and the "reason for the cancellation was that John had revealed that there would, in fact, be a meeting. For a Board that has publicly touted its intention to increase transparency, this seems to be both ridiculous and counterintuitive.

"John and I are deeply disappointed by this turn of events. It is our opinion that the Board has been misleading us, as they have indicated a willingness to meet with us. ... We believe the Board is afraid that their complicity in the financial mismanagement at WWP will be revealed. ... This fight is far from over."

In another Facebook post, John said, "In my opinion, the Board of Directors is out of touch. Even after getting rid of the top two executives, the salaries of the remaining 14 executives average over $200,000 per year. This is not why we founded the WWP. We founded this charity to help veterans, not to make people rich. It is time to let the Board know that this charity belongs to all of us and not to them."

The brothers urged supporters to email board members to express displeasure over the course of events.

WJAX-TV, the CBS affiliate in Jacksonville, Florida, where the WWP is headquartered, says John Melia told it in a text message after the Facebook posts went up that Melia "thinks the board cancelled the meeting after he spoke with us about it Monday night."

The station says it's "reached out to the organization's spokesperson for comment."