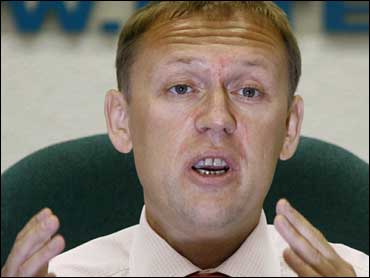 You are the weakest beauty. Goodbye.

Organizers of this year's Miss America Pageant are hoping to spice up the contest by incorporating elements of quiz shows and reality TV, including an opportunity for contestants to help vote for the winner.

Although they may be borrowing themes from shows like "Survivor," pageant officials say the Miss America contest is already a veteran of reality-based programming.

"People are out there inventing things like 'Survivor' and portraying it as reality TV," Robert M. Renneisen Jr., president and chief executive officer of the Miss America Organization, said Tuesday. "But in fact the Miss America telecast has been providing viewers with high-stakes reality television since its broadcast debut in 1954."

Pageant officials hope the updates to the 81-year-old pageant will draw more viewers to a telecast that has seen its ratings slip in recent years.

Renneisen said the changes were made after The Chambers Group, a Los Angeles-based company, asked people across the country what they would like to see in the pageant.

"The project we commissioned showed that the American public wants to see more competition among the women and a more accurate gauge of the intelligence that contestants possess," he said. "They also want the telecast to portray the contestants in a more natural way."

Each year 12,000 women begin competing in pageants in all 50 states and Washington, D.C. The 51 winners ompete in Atlantic City on Sept. 22.

By Brendan Schurr
© MMI The Associated Press. All Rights Reserved. This material may not be published, broadcast, rewritten, or redistributed