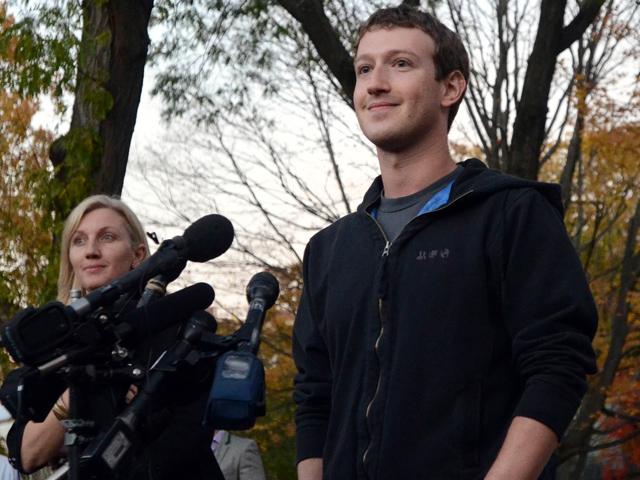 Facebook CEO Mark Zuckerberg outlined five core values for Facebook in a letter to potential investors. The letter appeared in regulatory filings that Facebook Inc. first submitted in February for its initial public offering of stock.

Here is that portion of the letter:

If we want to have the biggest impact, the best way to do this is to make sure we always focus on solving the most important problems. It sounds simple, but we think most companies do this poorly and waste a lot of time. We expect everyone at Facebook to be good at finding the biggest problems to work on.

Moving fast enables us to build more things and learn faster. However, as most companies grow, they slow down too much because they're more afraid of making mistakes than they are of losing opportunities by moving too slowly. We have a saying: 'Move fast and break things.' The idea is that if you never break anything, you're probably not moving fast enough.

Building great things means taking risks. This can be scary and prevents most companies from doing the bold things they should. However, in a world that's changing so quickly, you're guaranteed to fail if you don't take any risks. We have another saying: 'The riskiest thing is to take no risks.' We encourage everyone to make bold decisions, even if that means being wrong some of the time.

We believe that a more open world is a better world because people with more information can make better decisions and have a greater impact. That goes for running our company as well. We work hard to make sure everyone at Facebook has access to as much information as possible about every part of the company so they can make the best decisions and have the greatest impact.

Once again, Facebook exists to make the world more open and connected, and not just to build a company. We expect everyone at Facebook to focus every day on how to build real value for the world in everything they do.

How Facebook's paid-message plan could backfire
More
Thanks for reading CBS NEWS.
Create your free account or log in
for more features.
View CBS News In
CBS News App Open
Chrome Safari Continue
Be the first to know
Get browser notifications for breaking news, live events, and exclusive reporting.