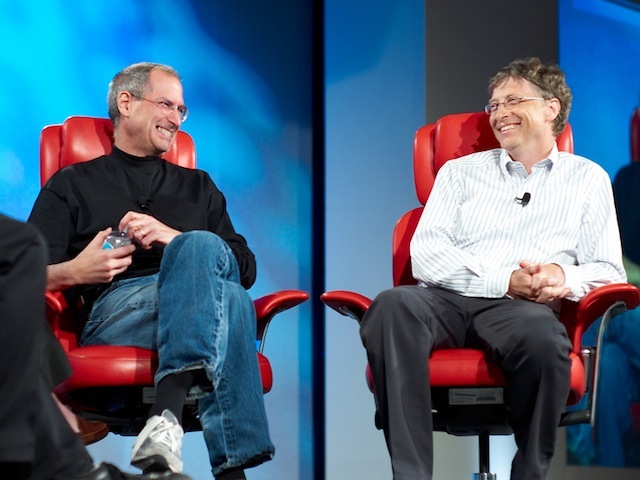 COMMENTARY Ever wonder what separates those who make it to the top of the corporate ladder from everyone else? Sure, it takes smarts, hard work, dedication and usually more than a little luck. But there's also an intangible quality that can play a big role. It's called executive presence.

Executive presence is sort of like a self-fulfilling prophecy. If you can somehow manage to "come across" as someone with something on the ball -- confidence, credibility, a compelling vision or story -- then folks will follow you, join you, even invest in your future.

In my post, CEOs are just like you -- without all the whining, we talked about how the CEOs of Verizon (VZ) and AT&T (T) didn't just fall out of the sky into cushy corner office chairs. They had certain common attributes that enabled them to work their way up from the bottom and ultimately build the companies that dominate America's telecom industry.

That said, there are lots of different ways to get there. When I was chosen over more qualified candidates to run a company, one of the key reasons given was that I had CEO presence. How did I get it? By observing CEOs I worked with over the years and essentially sponging the way they communicated and came across.

For example, one CEO I worked with wasn't what I would call a genius, but he was charismatic and somehow managed to sell the board of directors of a large public company on his vision and ability. And you know what? They bought it, hook, line and sinker. His ego was a bit on the large size and his vision for the company was dead wrong, but he still managed to have a relatively successful career that had more to do with how he came across than anything else.

WorldCom CEO Bernie Ebbers was a former gym teacher and motel chain owner when he got into the telecom business. And yet, the man was charming and convincing as he built a regional phone service company into one of the world's biggest telecom giants. Of course, Ebbers is now serving 25-year sentence in a federal prison for securities fraud and conspiracy. A harsh example, I know, but it does prove how far someone can go with the right presence and communications skill-set.

Speaking of which, here are the three aspects of executive presence you might want to focus on, as I did:

Since we can't all be the perfect demographic of whatever it is that people envision in a leader, you need to learn to look and dress the part. For example, tall men do better in their careers and I happen to be short. But I stay fit and learned early on how how to dress and look strong, confident and professional: dark, conservative, well-tailored suits and bright white shirts -- that sort of thing. Straight out of Dress For Success. And you know what? It really does work.

Do clothes make the manager?It's not what you say, but how you say itHow to become a great communicator

Long ago, I worked for a CEO who was about 10 years my senior. I remember sitting in a press interview with him, just like it was yesterday. He was leaning back in his chair looking very relaxed and confident with one hand clasped on the other resting on top of his head. He exuded credibility as he described his vision for the company. A body language expert might say that pose was arrogant, but it worked; we ended up with a great article that made a difference.

Moreover, communicating like an executive or a leader essentially comes down to connecting and relating, from sharing your passion in a way that's meaningful to others. It breaks down barriers and gets people behind you. That's the sort of thing you need to learn to cultivate.

I once had an opportunity to build a worldwide sales force and negotiate some very exciting deals. My CEO took me under his wing and one of the things he taught me was how to write strong, assertive, business emails and negotiate complex contracts with much larger companies with far bigger legal teams. I'll never forget him telling me never to apologize unless it's absolutely deserved; it's a sign of weakness. In other words, skip the whole, "Sorry it took me so long to get back to you" thing.

And you know how everybody closes proposals with something like, "We'd like to thank you for the opportunity to do business with you and look forward to a mutually beneficial relationship. Should you have any questions, please don't hesitate to contact me. We look forward to hearing back from you soon." Well, you can replace all that with something like, "I look forward to working with you. Please contact me with any questions." The latter assumes a positive outcome and is far more direct. Big difference.