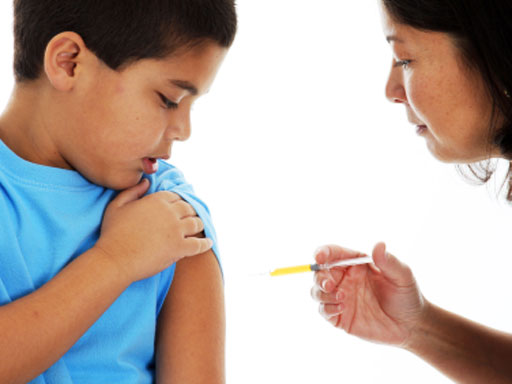 Are higher income parents avoiding child vaccinations because of celebrities?

According to the National Committee for Quality Assurance (NCQA), a non-profit health care  organization, childhood vaccination rates in the U.S. in 2009 declined by almost four percentage points in commercial  health plans.

The rates were determined on  data collected from more than 1,000 health plans that cover 118 million Americans.

However, vaccination rates in Medicaid - the program serving the poor - continued to steadily improve, according to the NCQA.

The NCQA says  commercial plan parents may refuse vaccines for their children based on an unproven, but increasingly popular, notion that vaccines cause autism. Celebrity activists, such as Jenny McCarthy and Jim Carrey, are outspoken advocates of this view, the organization says..

"The drop in childhood vaccinations is disturbing because parents are rejecting valuable treatment based on misinformation," said NCQA President Margaret E. O'Kane. "All of us in health care need to work together to get better information to the public."