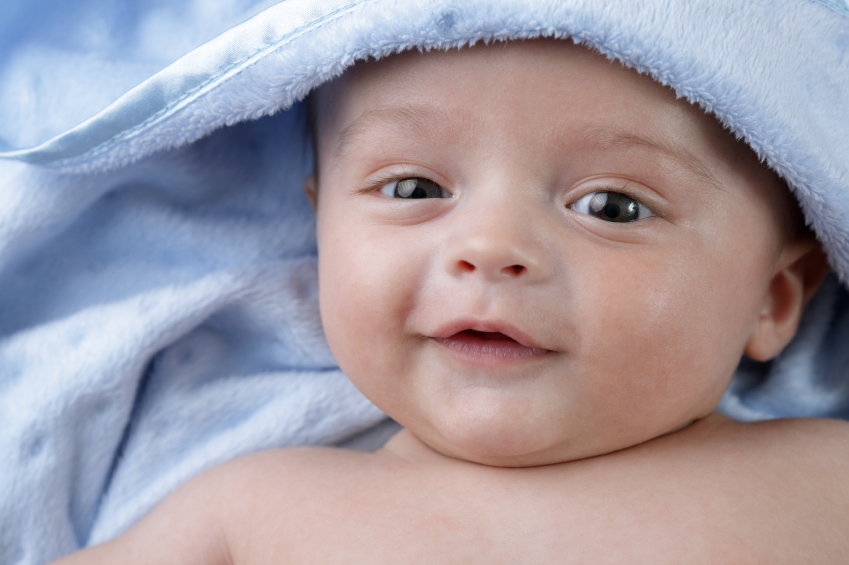 U.S. health officials on Tuesday released a draft of long-awaited federal guidelines on circumcision, saying medical evidence supports having the procedure done and health insurers should pay for it.

The Centers for Disease Control and Prevention guidelines stop short of telling parent to get their newborn sons circumcised. That is a personal decision that may involve religious or cultural preferences, said the CDC's Dr. Jonathan Mermin.

But "the scientific evidence is clear that the benefits outweigh the risks," added Mermin, who oversees the agency's programs on HIV and other sexually transmitted diseases.

These are the first federal guidelines on circumcision, a brief medical procedure that involves cutting away the foreskin around the tip of the penis. Germs can grow underneath the foreskin, and CDC officials say the procedure can lower a male's risk of sexually-transmitted diseases, penile cancer and urinary tract infections. Some research has also shown it can reduce the risk of prostate cancer.

The CDC started working on the guidelines about seven years ago, when a cluster of influential studies in Africa indicated circumcision might help stop spread of the AIDS virus.

"The benefits of male circumcision have become more and more clear over the last 10 years," said Dr. Aaron Tobian, a Johns Hopkins University researcher involved in one of the African studies.

But the guidelines are important, because the rates of newborn male circumcision have been dropping, he added.

The guidelines are being published in the federal register Tuesday. For the next 45 days, the CDC will receive public comment before finalizing them next year.

They are likely to draw intense opposition from anti-circumcision advocacy groups, said Dr. Douglas Diekema, a Seattle physician who worked on a circumcision policy statement issued by the American Academy of Pediatrics in 2012.

"This is a passionate issue for them and they feel strongly that circumcision is wrong," said Diekema, a professor of pediatrics at the University of Washington.

The CDC guidelines largely mirror the pediatrician group's statement, but the CDC's document incorporates more research and comes from an organization that many may see as more neutral on the topic, Diekema said.

The thinking on circumcision has swung wildly over the years. It's been practiced by Jews and Muslims for thousands of years, but didn't become common in this country until the 20th century. By one estimate, only 25 percent of U.S. male newborns were circumcised in 1900.

It gradually became the cultural norm, and in the 1950s and 1960s surpassed 80 percent. But then the trend reversed. Part of it had to do with changing demographics, as the U.S. population grew to include larger numbers of Mexican-Americans and other ethnic groups that didn't traditionally circumcise their children.

Also, opposition to the procedure grew from advocates who decried the pain, bleeding and risk of infections to newborns. Their message was aided by the Internet and by the neutral stance of physicians groups -- including, for a time, the American Academy of Pediatrics.

A wave of state Medicaid programs stopped paying for newborn circumcisions, which cost roughly $150 to $200. The list eventually rose to 18 states, according to CDC numbers.

By 2010 the newborn circumcision rate was down to about 58 percent, according to one CDC estimate.

But even as the circumcision rate dropped, more medical evidence came in supporting it -- particularly three rigorous and influential studies in Africa that looked at the spread of HIV and other sexually transmitted diseases in circumcised and uncircumcised men and their partners.

In the new guidelines, the CDC says there is now strong evidence that male circumcision can cut a man's risk of getting HIV from an infected female partner by 50 to 60 percent, and also reduce their risk of genital herpes and certain strains of human papillomavirus by 30 percent or more. Additionally, circumcision lowers the odds of urinary tract infections during infancy, and cancer of the penis in adulthood.

Studies have not shown that circumcision will reduce an HIV-infected man's chances of spreading the AIDS virus to women. And research has not found circumcision to be a help in stopping spread of HIV during gay sex.

The guidelines say circumcision is safer for newborns and infants than for older males, noting the complication rate rises from 0.5 percent in newborns to 9 percent in children ages 1 to 9, according to the CDC. Minor bleeding and pain are the most common problems, experts say.

CDC officials are recommending doctors tell parents of baby boys of the benefits and risks of circumcision. Mermin did not say how that information should be presented.

Because circumcision can be beneficial to men as well, the CDC says information about the procedure also should be offered to sexually active uncircumcised men -- especially men considered to be at higher risk of catching HIV, the guidelines say.