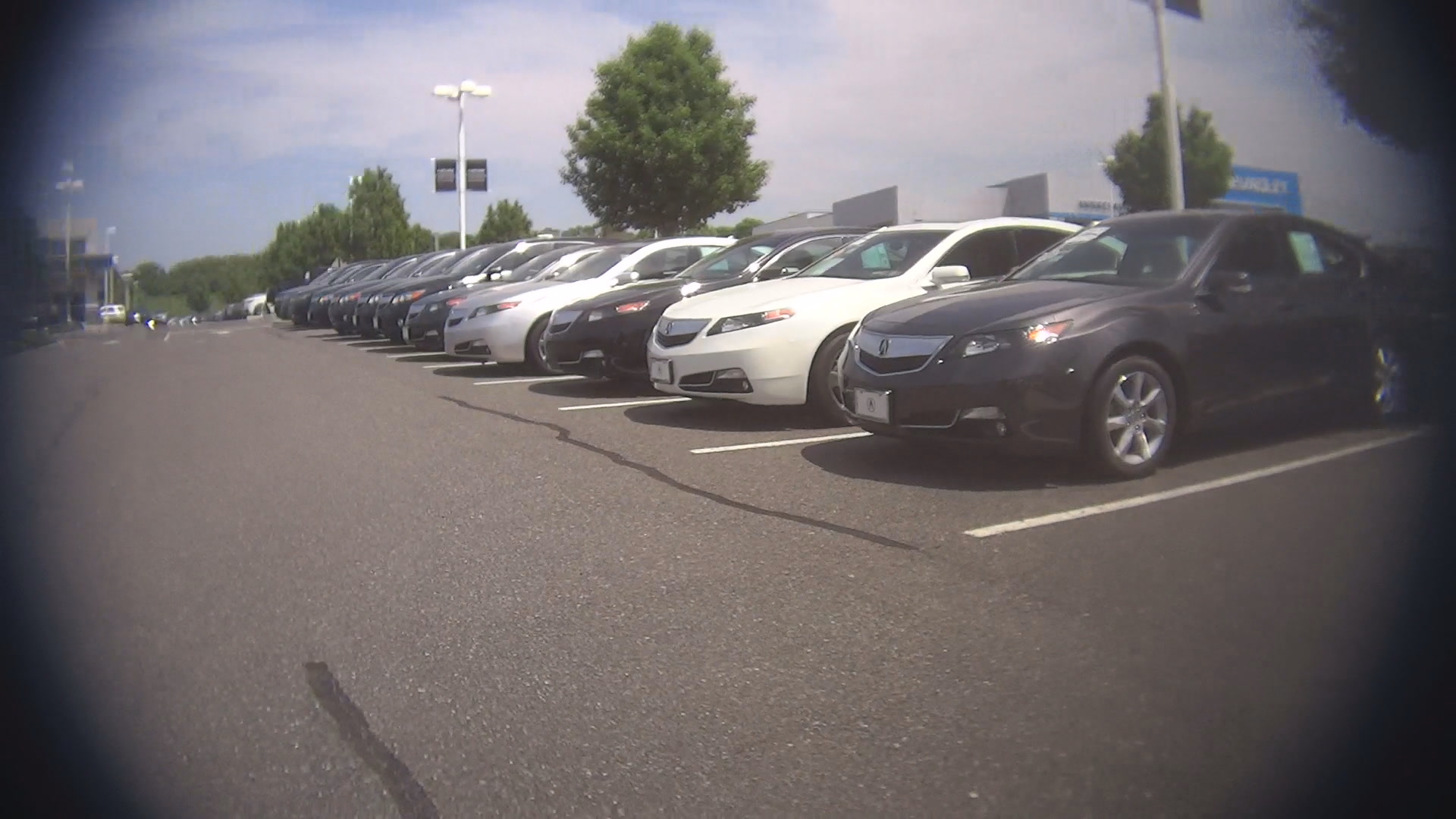 If you're looking for a good used car, you undoubtedly want one that's safe. But are dealerships and used car lots selling used cars with dangerous recalls? And if they are, how would you know?

"CBS This Morning" went on an undercover shopping trip in New Jersey to see what salespeople would tell us about used cars with unrepaired safety recalls -- some of which have seriously injured drivers.

"I don't think the X5 will have this problem," he said.

At a Penske Acura dealership, we found a 2012 Acura TL with the airbag defect still unrepaired. But the salesperson, Nicole, told us: "We're a corporate complex so we won't sell anything that gives us a bad reputation."

At an Auto Lenders, a salesman named Chris admitted his dealership does sell cars with the airbag defect, but told us not to worry.

"There's only two or three people killed by it but they don't even know what's causing it," Chris said.

At least 11 people have died due to those airbags, and regulators did find the cause, a problem with a volatile chemical compound.

At dealerships around the country, we found used cars with not only those recalled airbags, but other serious safety defects being sold -- everything from brake corrosion to faulty ignitions to roll-away hazards.

Problem is, there is no federal law that requires used car dealers to inform you about unrepaired safety recalls on the cars they're selling, and those defects can prove tragic.

"I lost my best friend. I lost my child. And in my mind, it was something that was preventable," Alexander Brangman said.

A Takata airbag explosion took the life of Brangman's 26-year-old daughter, Jewel. In a minor car accident in 2014, the driver's side airbag exploded.

"It was a fender bender. So she should've walked away from it. ... If you could imagine a hand grenade and a sharp metal of a hand grenade, it hit her carotid artery and she bled out," Brangman described. "She lost nine pints of blood. She coded three times."

Her car was a rental. But a used car buyer could face those risks for as long as they own the car.

We wanted to know what some of the salespeople we had spoken to undercover had to say about those recalls.

At Auto Lenders, Chris said, "I'm not sure if I'm allowed to talk on camera."

They referred us to corporate, who told us before selling a car, they "share the vehicle's Carfax report - which includes accident and title history, odometer readings and recall information - with all buyers."

The other dealers told us they disclose recalls, too, but Ditlow, who watched our undercover video, is skeptical.

"They may have a stack of papers, and somewhere in there it may say it, but if you go to the average used car dealer, they're not going to say, 'Look, this car has an outstanding safety recall on it. You need to get it fixed,'" Ditlow said.

Back at the Acura dealership, we asked Nicole if she knew the TL had an open airbag recall.

"Should that car be out there?" Werner asked.

"No, it should not if it does," Nicole said.

That dealership later told us it was a mistake, and they had pulled the car from the lot.

Remember the dealership with the BMW X5 with the airbag recall? The manager there told CBS News he would have checked for any recalls before we bought the car -- but that doesn't stop him from selling it.

"Do you feel like they're safe with that recall?" Werner asked Naji.

"They're not safe, but I mean, it's BMW, you have to go to BMW and ask them how they let these cars stay on the road," Naji said.

All those dealers told us later that had we gone further in the buying process, they would have disclosed those unrepaired safety recalls. Two said they do not sell cars with the airbag recall and hold them back, but couldn't explain how they wound up for sale on their lot.

A major used car dealership association told us a new law won't solve this problem and that auto manufacturers and the government should take responsibility. They said the used car dealers are as much a victim of this as customers:

The National Independent Automobile Dealers Association (NIADA) supports a 100% recall completion rate and balancing consumer protection in a competitive free market system where the customer is the ultimate decision-maker.

Interestingly, independent used car dealers have no better access to open recall data or the ability to repair recalled vehicles than our customers. This trickle down distribution of recall data and ensuing vehicle repair is controlled by the federal government, vehicle manufacturers and new car dealers. Independent dealers and our customers are in the same position in this process. Free recall repairs at new car dealerships do not ensure parts availability or an engineered fix.

Not all recalls are equal. Some recalls are safety-related, and others aren't. Is it reasonable to impose a federal law prohibiting a vehicle sale due to a recall involving a misprint in an owner's manual or a radio malfunction, even after disclosing it to the customer? Legislation proposed last year by Sen. Richard Blumenthal, D-Conn., would have.

What about safety-related recalls? What options exist for vehicle owners with an open safety recall? Trade it in at a loss? Continue to drive it? If parts were unavailable, most would want to trade it in. This would be done at a loss of $1,210 per vehicle, according to a recent J.D. Power study for the National Automobile Dealers Association.

The Transportation Department has consistently concluded that it's acceptable to drive vehicles under safety recalls while waiting for parts, including vehicles with GM ignition switch or Takata air bag concerns. This is where the federal government says one thing and does another. Why is it acceptable to continue operating a vehicle under safety recall, but not acceptable to retail the same vehicle with proper disclosures and collaboration with the customer to get it fixed?

A new law will not solve this complex issue, especially one that raises more questions than it answers. NIADA supports a collaborative effort of industry stakeholders and consumers in finding a solution, but ultimately one where automakers take responsibility for the vehicles they manufacture.

For information on where to check if your vehicle has any open recalls, go to SaferCar.gov and search by VIN, the vehicle identification number.