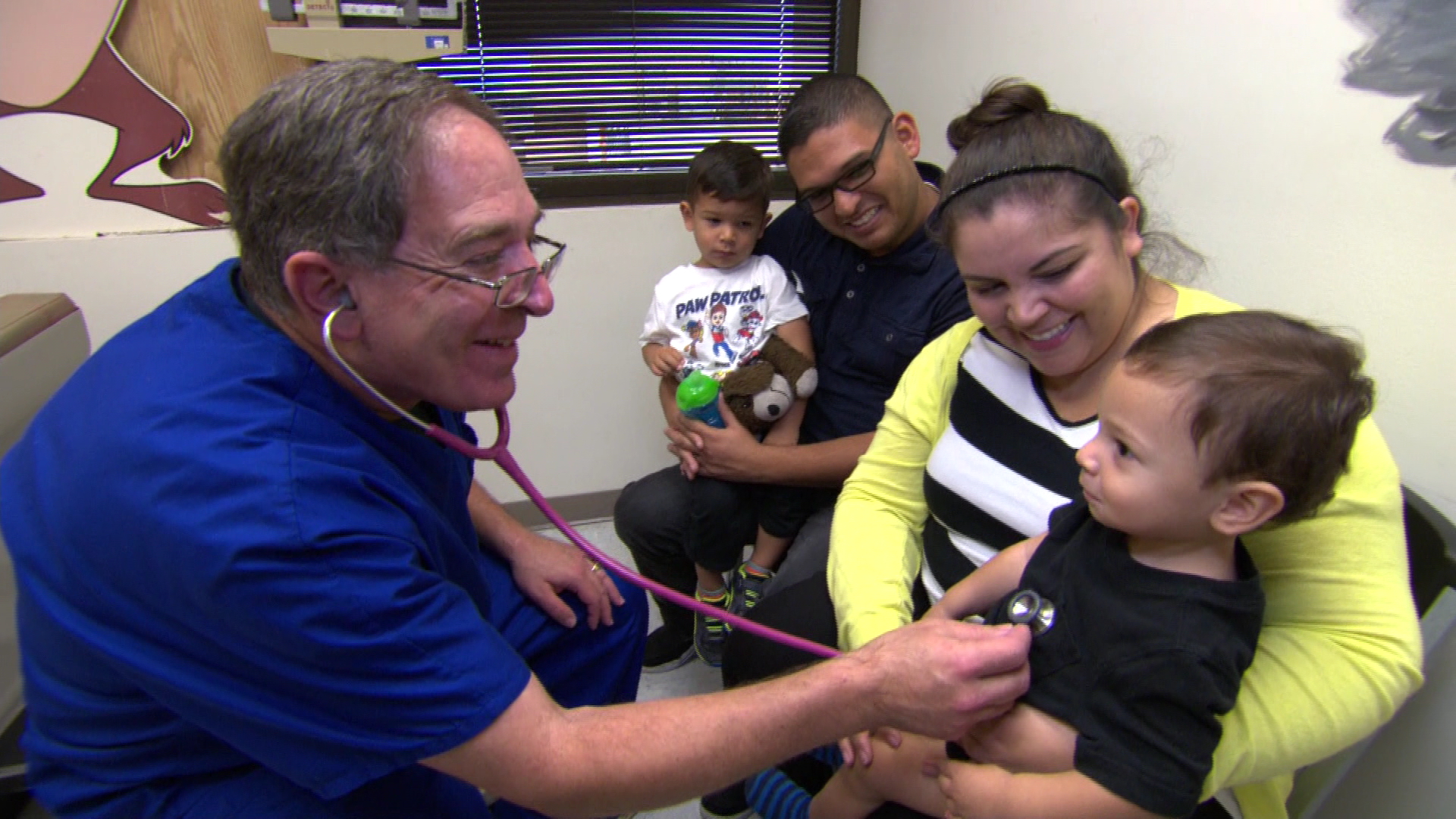 The current measles outbreak, which has sickened more than 150 people in 15 states -- including 5 babies at an Illinois day care center -- has drawn new attention to childhood vaccinations. The measles-mumps-rubella (MMR) vaccine is so effective that measles was declared eliminated in the U.S. 15 years ago. However, the disease has recently flared up again, mostly spreading among people who opted out of the vaccine or infants less than one year old who are young to have gotten their shots.

In some communities, growing numbers of parents have been refusing the vaccine, even though health officials say decades of scientific research has proven it safe and effective.

It's a trend that gravely concerns Los Angeles pediatrician Dr. Charles Goodman. As CBS News reported last week, he instituted a policy in his practice telling parents to get their kids vaccinated or find another doctor. "I can't protect every kid in the United States, but I can protect the ones I care for," he said.

CBS News asked Dr. Goodman to join us on Facebook to answer some of your questions about measles and vaccines:

Q: Just how serious is this epidemic?

A: It is currently very serious and has the potential to become much more serious in areas with low herd immunity.

[Herd immunity refers to the protective effect everyone enjoys when a large majority of people in a community are vaccinated. It helps protect vulnerable people like infants and those with compromised immune systems who can't get the vaccine.]

Q: What are odds of fatality?

A: Two or three out of 1,000 [people with measles] will die and 90% of those exposed to measles will get if they are not immune.

Q: My husband and I are in our 50's. Do we need to get vaccinated? We are not sure if this has been done when we were children.

A: The original shot was a dead virus, the current one is a live vaccine. If you received the dead vaccine you would need a booster shot. People who got the MMR [vaccine] before 1968 with either killed measles vaccine, or an unknown type, should be revaccinated with at least one dose of live attenuated measles vaccine. One more thing, people born before 1957 probably lived through several epidemics of measles, and we know 95-98% of those people are immune to measles BUT are not to rubella, which is known as German measles.

Q: I know I was vaccinated as a child. I'm now 27 and expecting a child. Do I need to get a booster in order to help insure my child's safety when he's born?

Q: How much mercury is in a average flu shot or vaccine?

A: Flu vaccines for children under 3 are mercury free. Some adult flu vaccines have some mercury, it varies. Fluvirin has .01% in the multi-dose vial, but only a trace in the single dose vial. Fluzone single dose is mercury free and multi dose is .01%. A lot less than many tuna.