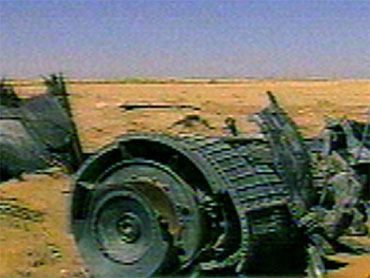 Cuban leader Fidel Castro, the subject of Oliver Stone's new documentary "Comandante," has turned down a chance to attend the movie's showing this week at the Berlin Film Festival, organizers said Thursday.

Festival director Dieter Kosslick had invited Castro to the screening Friday, but received a letter from Castro in which the long-serving communist leader expressed his regrets that he was unable to attend, spokeswoman Frauke Greiner said.

"Comandante," an HBO documentary, premiered at January's Sundance Film Festival. It was culled from three days of intimate conversations the Cuban president did with director Stone.

This year's Berlinale has been graced by visits from, among others, George Clooney, Catherine Zeta-Jones and Richard Gere.

Meanwhile, director Spike Lee has defended the use of references to Sept. 11 in his new film, "25th Hour," after its screening.

"We wanted to truthfully reflect the rage and the tone of what people felt," Lee said Wednesday.

And East German communism is making a comeback of sorts, with a helping hand to an actress whose career was stalled by the fall of the Berlin Wall in 1989.

Katrin Sass stars in "Good Bye, Lenin!" one of 22 films competing for the Golden Bear at this year's festival. Once a familiar face in East German cinema, the 46-year-old is only now fighting her way back onto the big screen.

Director Steven Soderbergh said his 2001 Academy Award made him feel silly because it reminded him of the past greats who never won one.

"When you stand up there and you think, (Martin) Scorsese doesn't have one, Robert Altman doesn't have one, (Alfred) Hitchcock never got one, Howard Hawks, you kind of feel silly, you feel like someone should just take it away," Soderbergh commented.

His latest film, "Solaris," is among the films competing for the Golden Bear in Berlin.

Lee's film begins with images of the towers of light that had shown in New York where the World Trade Center had stood. It also includes sequences with footage of Osama bin Laden.

Lee dismissed the suggestion that he had abused emotions generated by the terrorist attack for his own artistic ends.

"I think we were very respectful to the families who lost loved ones," the director said at a news conference. "So long as we are respectful I don't think we have to bother about such criticism."

"25th Hour" is another of the films competing at the festival. It follows the painful last hours of a drug dealer, played by Edward Norton, before he begins a seven-year prison sentence.

Sass stars as a single mother in East Berlin devoted to the cause of communism. She falls into a coma and awakens eight months later, frail and bedridden, after the wall has fallen. To spare her the shock of this change, her son creates the illusion of an intact communism within the confines of their small East German apartment.

"In East Germany, I was really spoilt. Each year a film script lay ready for me," Sass said in an interview. "After 1989, nobody knew me. There simply were not any offers."

She eventually found roles in television, and took a step back into film in 2001 in "Heidi M."

Sass said director Wolfgang Becker told her he was struck by her feel for the defunct communist world, saying he could "see it, smell it, sense it" in her acting. Becker, like many of the cast from the west of the country, had insisted that an east German play the role.

Sass can also be seen at this year's film festival in "Babij Yar." The title refers to a ravine outside Kiev in the Ukraine where more than 30,000 Jews were executed in 1941 as the Nazis occupied much of eastern Europe.

Though her return to prominence has been hard, Sass said she wouldn't have enjoyed the fate of the comatose communist stalwart she plays in Becker's film.

"I don't think I would have wished to have slept through any of it," she said.