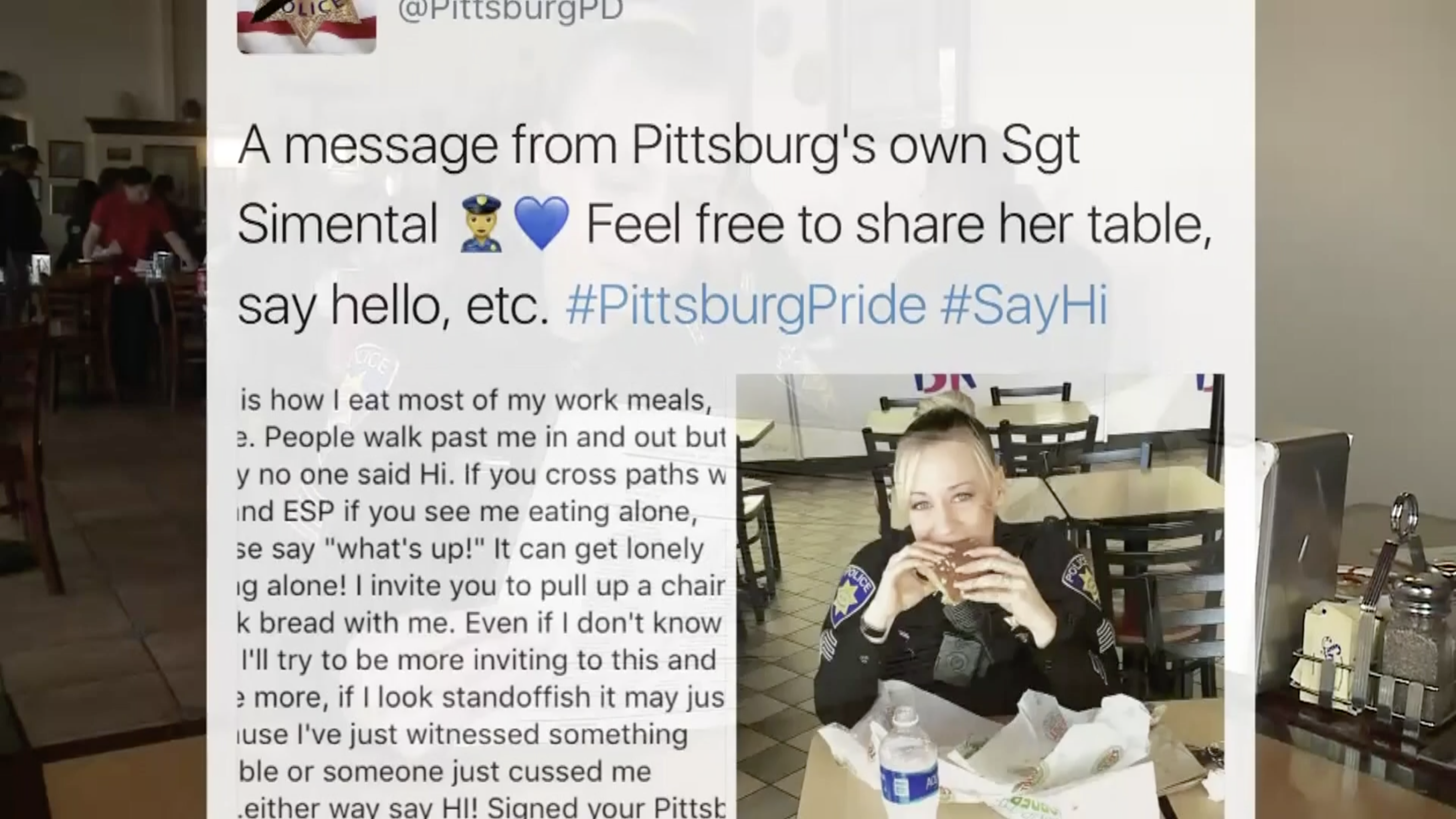 A lunch invitation from a California police sergeant has gone viral — and the responses are overwhelming.

“Fifteen years on the job and 95 percent of the time, I’m eating alone,” she says.

During her lunch breaks, she says she watches people come and go, while they are watching her.

“The uniform stands out, so I am used to people looking curious and whatnot, but you don’t often get those hellos and or the interactions,” she added.

Simental said she realizes there’s mistrust between officers and the communities they serve, but says “it’s heartbreaking for me — someone who’s really got the best intentions in what I do.”

To try to counteract that mistrust — and tired of eating alone — she sent out a Facebook post last week, inviting others to “pull up a chair and break bread.”

“Somebody’s got to be willing to throw down that line, take a risk,” she tells CBS San Fransisco.

Since the post was shared on Saturday, the sergeant has received countless offers.

“I’ve gotten a lot of invitations to go out and eat,” she says. “Now, I feel like I need to buy a calendar to pencil them in, which is great.”