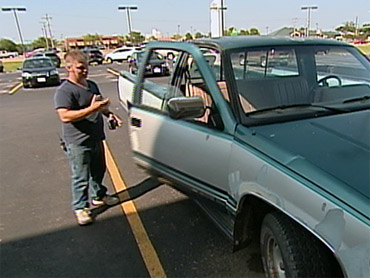 The Transportation Department said Thursday that the government will wind down the program on Monday at 8 p.m. EDT. Car buyers can receive rebates of $3,500 or $4,500 for trading in older vehicles for new, more fuel-efficient models.

Transportation Secretary Ray LaHood said the program has been "a lifeline to the automobile industry, jump starting a major sector of the economy and putting people back to work." He said the department was "working toward an orderly wind down of this very popular program."

The White House has touted the program's success in providing a targeted boost to the sluggish economy since its inception in late July. Through Thursday, auto dealers have made deals worth $1.9 billion and the incentives have generated more than 457,000 vehicle sales.

But the administration needed to put a halt to the program to avoid surpassing the $3 billion funding level. Consumers were on pace to exhaust the program's coffers in early September and dealers have complained about long delays in getting reimbursed for the car incentives.

John McEleney, chairman of the National Automobile Dealers Association, said he remained concerned that so few dealers had been reimbursed for Clunker deals. But he said the Monday deadline should give dealers time to get their paperwork in order.

"I think if we can get a clean cutoff Monday and get everything processed by then, it will have been a pretty darned successful program," he said.

But Mike Mahalak, who runs a Dodge, Chrysler and Jeep dealership in Winter Haven, Fla., said the Monday end date could lead to a similar rush that nearly crippled the federal government's computer systems that were set up to handle claims.

"That Web site will lock up again once everyone is cramming it again on Monday," Mahalak said. The administration has said it expanded the capacity of the computer network in an effort to improve the process for dealers.

The Transportation Department said they have reviewed nearly 40 percent of the transactions and have already paid out $145 million to dealers. Obama officials said there are no plans to seek additional funding.

Applications for rebates will not be accepted after the Monday deadline, administration officials said, and dealers should not make additional sales without receiving all the necessary paperwork from their customers. Dealers will be able to resubmit rejected applications after the deadline.

The Transportation Department cautioned dealers about making sales this weekend, advising them to make sales only when the buyer's paperwork is clearly in order and can be submitted immediately for repayment.

President Barack Obama said in an interview Thursday that the program has been "successful beyond anybody's imagination" but dealers were overwhelmed by the response of consumers. He pledged that dealers "will get their money." The administration has said it has tripled the number of staffers sorting through the dealer paperwork.

Some dealers are already frustrated, reports CBS News correspondent Ben Tracy. Dealers have to front the money for the rebates - sometimes to the tune of hundreds of thousands of dollars - and the government has been slow to pay them back.

Dealers have said they face a risk of not being reimbursed but LaHood has pledged that dealers will be paid.

"We do not know how many deals are in the pipeline. We don't know how many dollars are left in the program at this very moment," said Ted Smith, president of the Florida Automobile Dealers Association. "That's fundamental to the health of the dealerships that are participating. If you run out of money before you run out of deals, that's not a good situation."

On Thursday, both Chrysler and General Motors said they would begin providing cash advances to dealers to help cover any cash shortfalls related to the program. The automakers said they would provide the advances for up to 30 days to dealers who have already completed a sale and that they will be available as long as the program remains in effect.

The National Automobile Dealers Association said its trade group met with Transportation officials to discuss concerns about reimbursement delays and ways of fixing the problems. NADA spokesman Charles Cyrill said the association "stressed the importance of addressing - as soon as possible - how the program will end, including the possible suspension of the program."

Dealer say the delays have led to a cash crunch. They typically borrow money to put new cars on their lots and must repay those loans within a few days of a sale.

Some dealers are no longer participating in the Clunker program. The Greater New York Automobile Dealers Association, which represents dealerships in the New York metro area, said about half its 425 members had left the program because they cannot afford to offer more rebates.

Still, the program provided at least a temporary jolt for automakers.

GM announced plans to rehire more than 1,300 workers and automakers have been paying overtime to boost production. Hyundai recalled 3,000 workers in Alabama.

"At a time of great economic distress, cash for clunkers has stimulated increased production by domestic automakers, putting thousands of idled workers back on the job," said Rep. John Dingell, D-Mich.

The government's online reimbursement system was flooded with requests shortly after the program began in late July, overwhelming the computer system and staff set up to process the deals. That led to big delays for dealers trying to file the paperwork they needed to get paid back for the rebates.

LaHood said some of the submitted paperwork has been incomplete or inaccurate, which contributed to delays. He acknowledged the Transportation Department did not have enough people to process the paperwork but said DOT was ramping up staff.