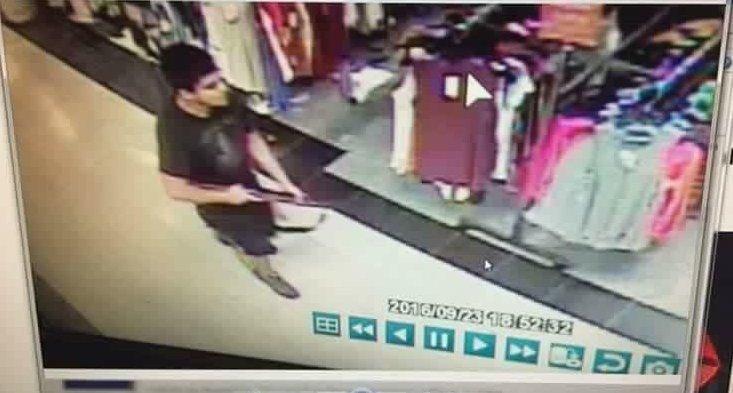 Four of the victims were women, Washington State Patrol Sgt. Mark Francis said. A man was wounded and was transported to Harborview Medical Center in Seattle. Francis confirmed the man’s death on Twitter early Saturday.

Francis said police were searching for a Hispanic man wearing black and armed with a rifle who was last seen walking toward Interstate 5.

“We are still actively looking for the shooter. Stay indoors, stay secure,” Francis said at a news conference.

Francis said that the shooter was armed with a hunting-style rifle, and it was unknown if the attack was targeted. The motive is unknown, Francis said.

CBS affiliate KIRO tweeted a screengrab of the suspect taken from security camera footage from inside the mall, which was confirmed by the Skagit County Department of Emergency Management.

The deadly shooting happened in the Macy’s store at the Cascade Mall in Burlington, Washington, about 60 miles north of Seattle.

Authorities were methodically searching the entire mall for people who may have still been hiding. By 11:30 p.m., Francis said the search was nearly complete.

The FBI tweeted there is no information to suggest another attack is planned in the Washington area on Friday night.

Tari Caswell told the Skagit Valley Herald she was in the Macy’s women’s dressing room when she heard “what sounded like four balloons popping.”

“Then I heard seven or eight more, and I just stayed quiet in the dressing room because it just didn’t feel right. And it got very quiet. And then I heard a lady yelling for help, and a man came and got me and another lady, and we ran out of the store,” Caswell told the newspaper.

Stephanie Bose, an assistant general manager at Johnny Carino’s Italian restaurant near the Macy’s store at the mall, said she immediately locked the doors to the restaurant after hearing about the shooting from an employee’s boyfriend.

“He was trying to go to the mall and people were screaming,” she said. “It was frantic.”

She said he could see police at the doors with assault rifles and said they were no longer guarding the doors as of 9:30 p.m.

“We urge residents to heed all safety and detour warnings. Stay close to your friends and loved ones as we await more information and, hopefully, news of the suspect’s capture,” Inslee said in a statement.

The Cascade Mall is an enclosed shopping mall that opened in 1990, according to the mall’s website. It features J.C. Penney, TJ Maxx, and Macy’s stores, among other stores, restaurants and a movie theater.

On Sept. 17, a man stabbed 10 people at a Minnesota mall before being shot and killed by an off-duty police officer. Authorities say Dahir Ahmed Adan, 20, stabbed the people at the Crossroads Center in St. Cloud, Minnesota.