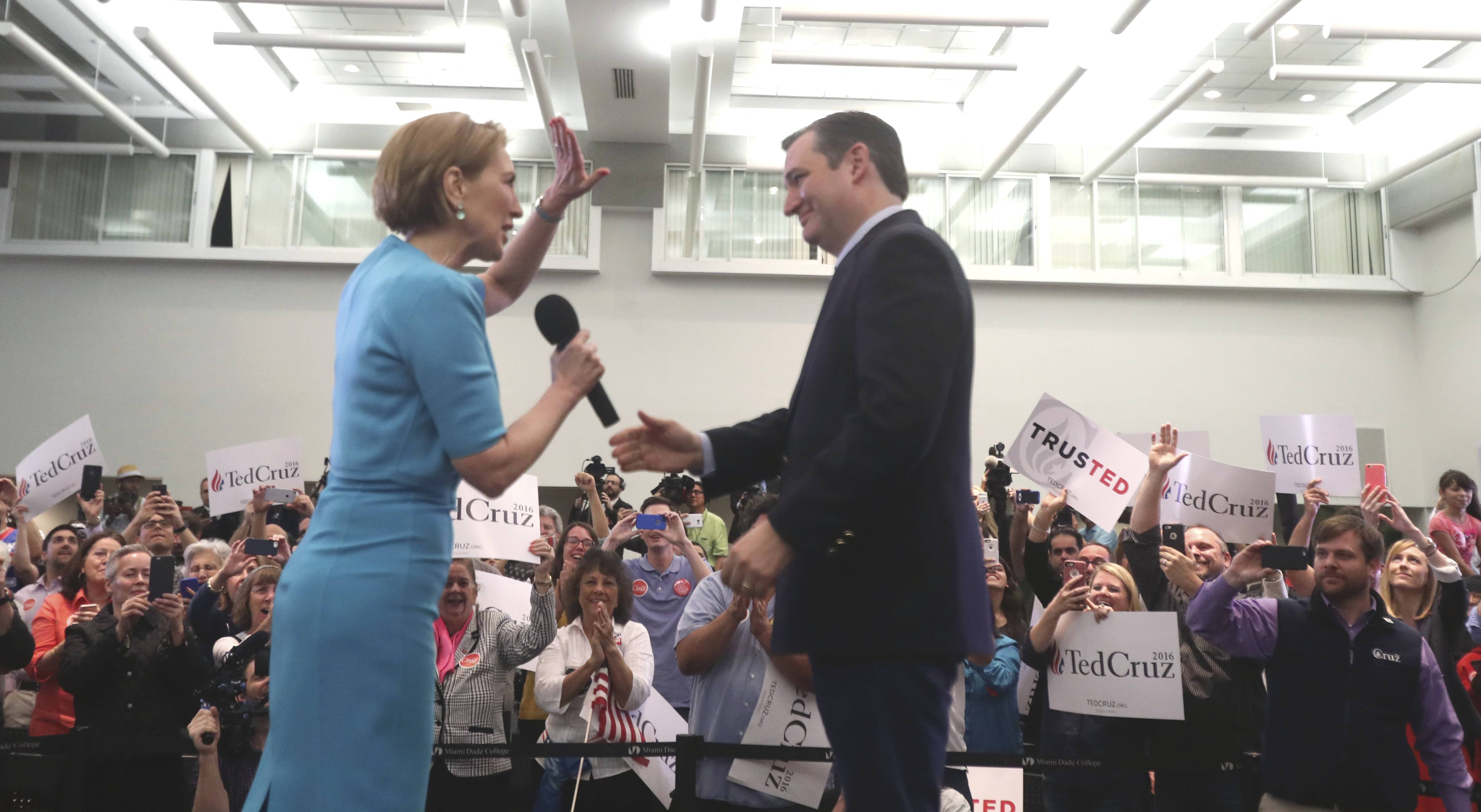 "Ted Cruz has always been a constitutional conservative," Fiorina told Cruz supporters gathered at Miami-Dade college. "He is a fearless fighter and reformer who didn't much care if he was invited to cocktail parties by the Washington cartel."

"My fellow conservatives, my fellow Republicans, you have a very important job on Tuesday," she continued, referencing Florida's March 15 primary. "It is time now to united behind the one man who can beat Donald Trump, who can beat Hillary Clinton, who can beat the DC cartel. It is time to unite behind Ted Cruz."

Fiorina dropped out of the GOP race in February after a weak showing in early voting states.

"I ran for the presidency because I think it's time to take our country back. And I think we need real reform because we have too much economic and political power," Fiorina said, addressing her own failed presidential bid. "I ran because we needed real constitutional conservatives in the White House."

Cruz, she said, "has fought for our liberties over and over again," citing his hard-line stances on the Second Amendment and his willingness to make enemies of establishment Republicans.

The Texas senator welcomed Fiorina's support in a statement Wednesday.

"Carly Fiorina is a strong, principled leader and woman of faith," Cruz said. "Our campaign is stronger with her leadership and her voice...We are blessed to have her support, and together I am confident we will continue to unite conservatives so that every American has the opportunity to achieve the unimaginable."

With rival Marco Rubio's future in the race increasingly uncertain, Cruz continues a final push for support in the Florida senator's home state, where a winner-take-all primary will take place in less than a week.