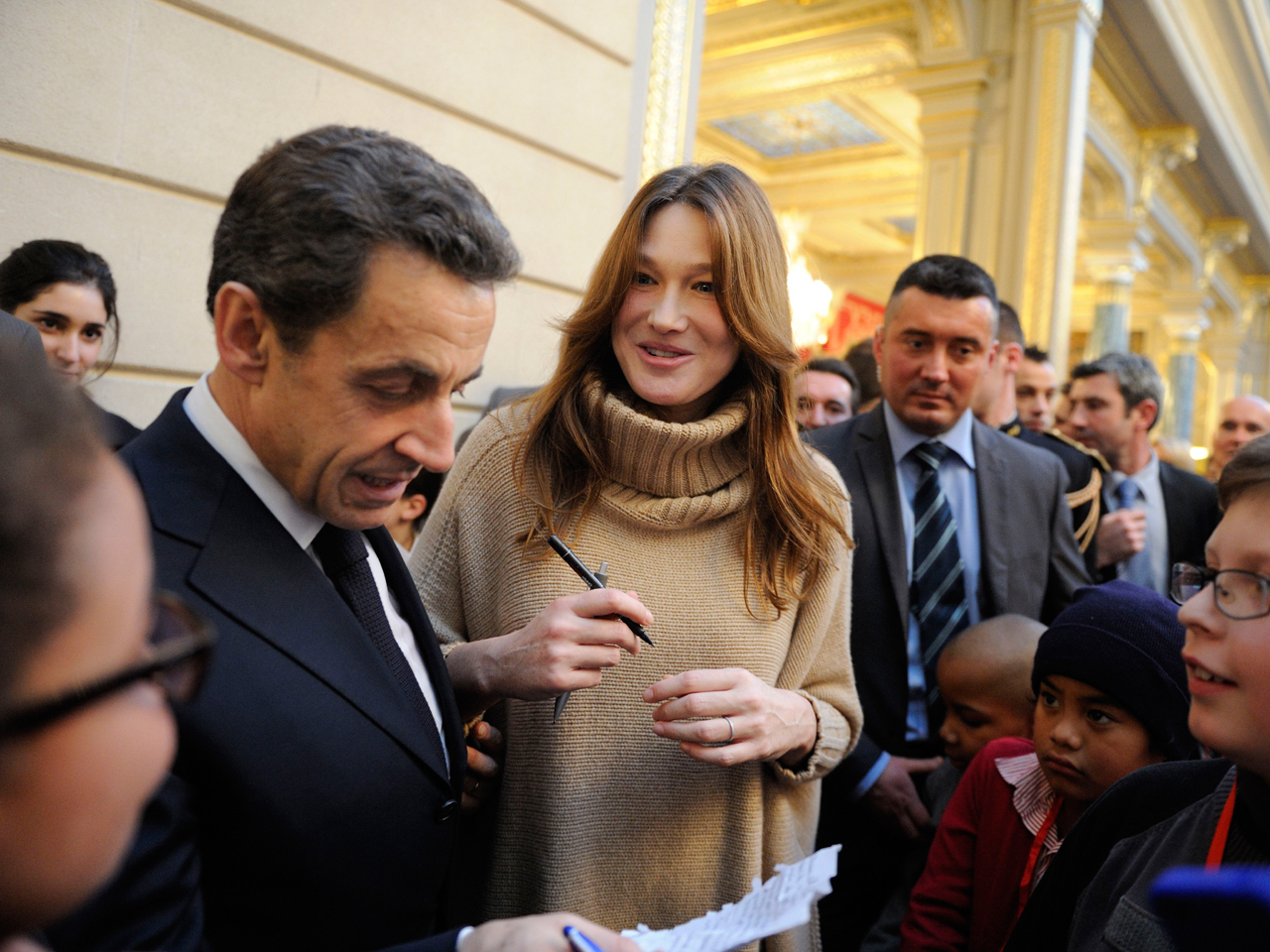 (CBS/AP) PARIS - French first lady Carla Bruni-Sarkozy has made her first public appearance since giving birth to a little girl two months ago.

The former supermodel-turned-singer handed out presents to children at the traditional Christmas celebration at the Elysee presidential palace. The first lady, dressed in a fringed beige poncho, did not have baby Giulia with her Wednesday.

Born on Oct. 19, Giulia is the first baby born to a sitting French president. Sarkozy has three sons from two previous marriages, and Bruni-Sarkozy has a 10-year-old son from a previous relationship.

She and her husband, French President Nicolas Sarkozy, have remained coy about the baby.

Though gossip magazines splashed photos of Bruni-Sarkozy leaving the clinic with the baby on their covers, the first couple has yet to release an official photo of their daughter.