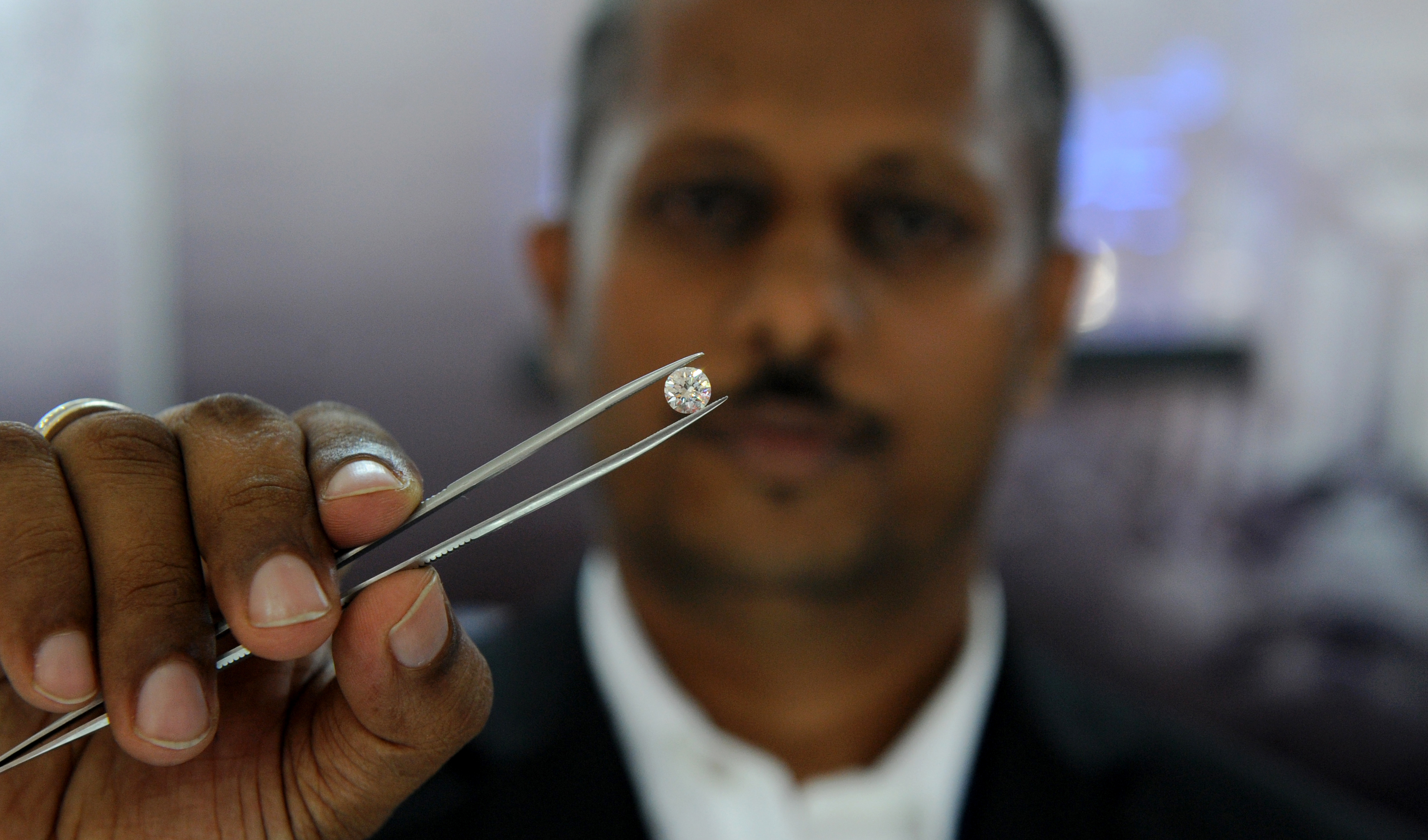 (AP) COLOMBO, Sri Lanka - A man visiting a gem exhibition in Sri Lanka's capital swallowed a 1.5 carat diamond in front of the owner and was taken by police to a hospital, where an X-ray showed the $13,000 stone inside him.

Exhibitor Suresh Wijekoon said the man was behaving suspiciously at his stalls and when he reached closer to the suspect, the man suddenly swallowed the diamond at his hand before Suresh alerted police at the exhibition venue.

An X-ray proved the diamond was inside Chou's body, said hospital director Dr. Anil Jasinghe at Colombo National, where the suspect was taken for the test.

Suresh, owner of Belgrade International Pvt Ltd, said the diamond weighed about 1.5 carats. It was worth $13,636, Rohana said.

Sri Lanka does not mine diamonds but is renowned for other highly treasured gems. Facets Sri Lanka 2012 is the island nation's annual largest gem and jewelry exhibition and it attracts a large number of local and foreign buyers.