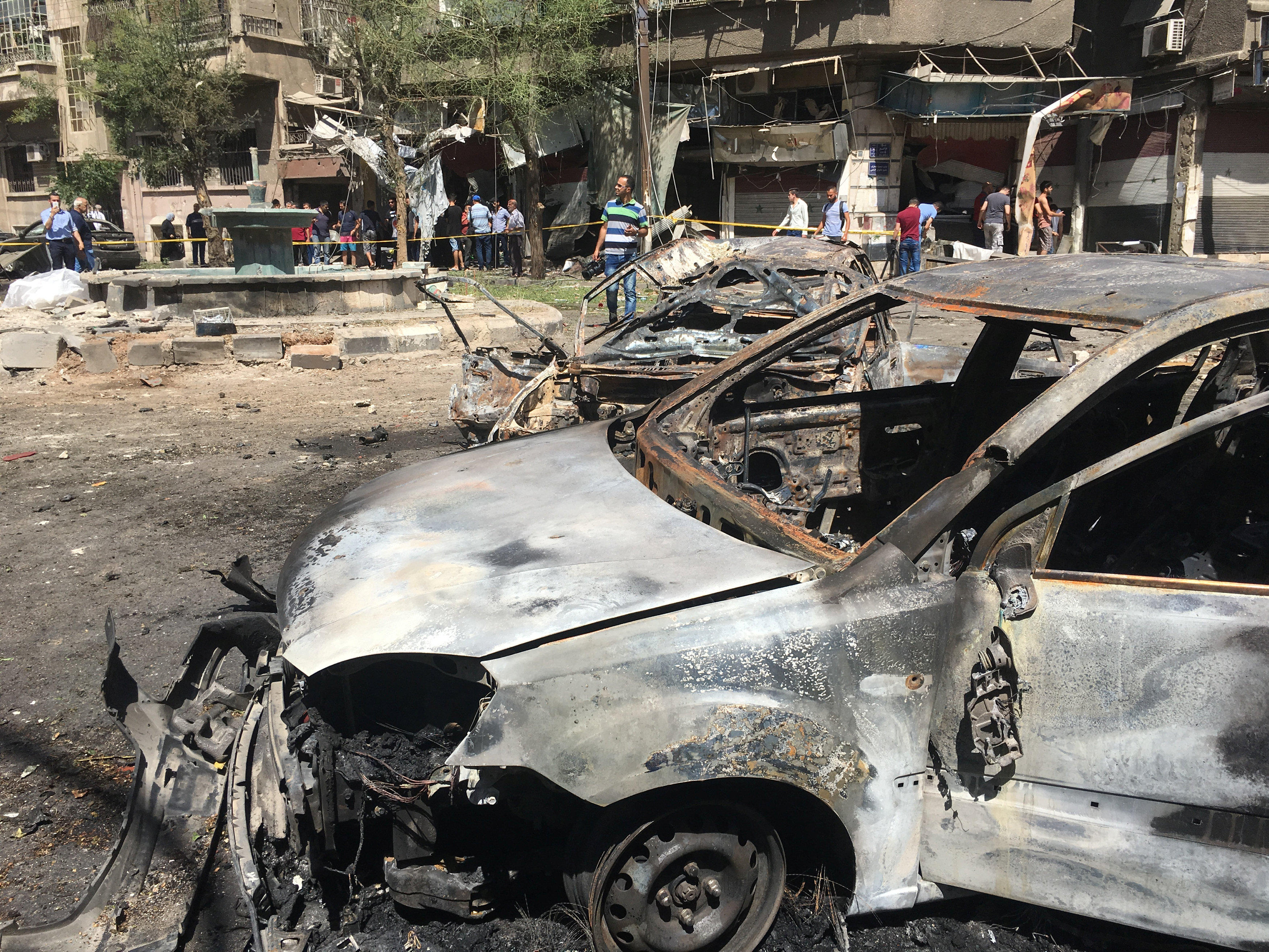 DAMASCUS, Syria -- Security forces chased three explosive-laden vehicles through Damascus Sunday, intercepting two of them at checkpoints but failing to stop the third before it exploded in the city center, killing at least eight people, state media and others reported.

The rare attack in the heart of Syria's capital unfolded ahead of the morning commute on the first work day after a major Muslim holiday.

The Interior Ministry said security forces tracked all three cars and intercepted two of them at checkpoints on the airport road. The third made it into the city center, where the driver blew himself up near Tahreer Square.

The Syrian Minister of Local Administration, Hussein Makhlouf, said the response marked a "major success in foiling a plot" to cause mass casualties.

There were conflicting casualty reports.

Syrian state TV reported eight killed and another 12 people wounded in the blast near Damascus' old city. The Britain-based Syrian Observatory for Human Rights, which tracks the fighting with on-the-ground monitors, reported at least 12 killed. Meanwhile the Hezbollah-linked Lebanon's al-Manar TV, which is close to the Syrian government, and Diary of a Mortar, a Syrian activist group in the capital, said 19 people were killed.

State TV showed footage of two scorched vehicles on the airport road, as well as footage from Tahreer Square showing a damaged building and mangled cars at the small roundabout.

Such attacks have been relatively rare in Damascus, the seat of power for President Bashar Assad, who made a series of public appearances last week in a show of increased confidence after more than six years of battling a rebellion.

Pro-government forces have engaged in heavy fighting in Damascus' suburbs during the war, but have largely kept the rebels out of the city center. In recent days, Syrian troops and allied forces have been fighting to drive the rebels out of Ain Terma and Jobar, adjacent areas on the city's eastern outskirts that have been under rebel control since 2011.

The rebels said government forces attacked them with chlorine gas overnight, and the Observatory said 12 fighters were treated for suffocation. The Syrian military denied the claims, and there was no way to independently verify them.

The attacks come days before Russian-sponsored talks are to resume in the Kazakh capital, Astana, where the two sides agreed to a cease-fire earlier this year that has been repeatedly violated. The new round of talks is expected to delineate "de-escalation zones." Russian officials said the talks are also to discuss the formation of a Syrian national reconciliation committee.