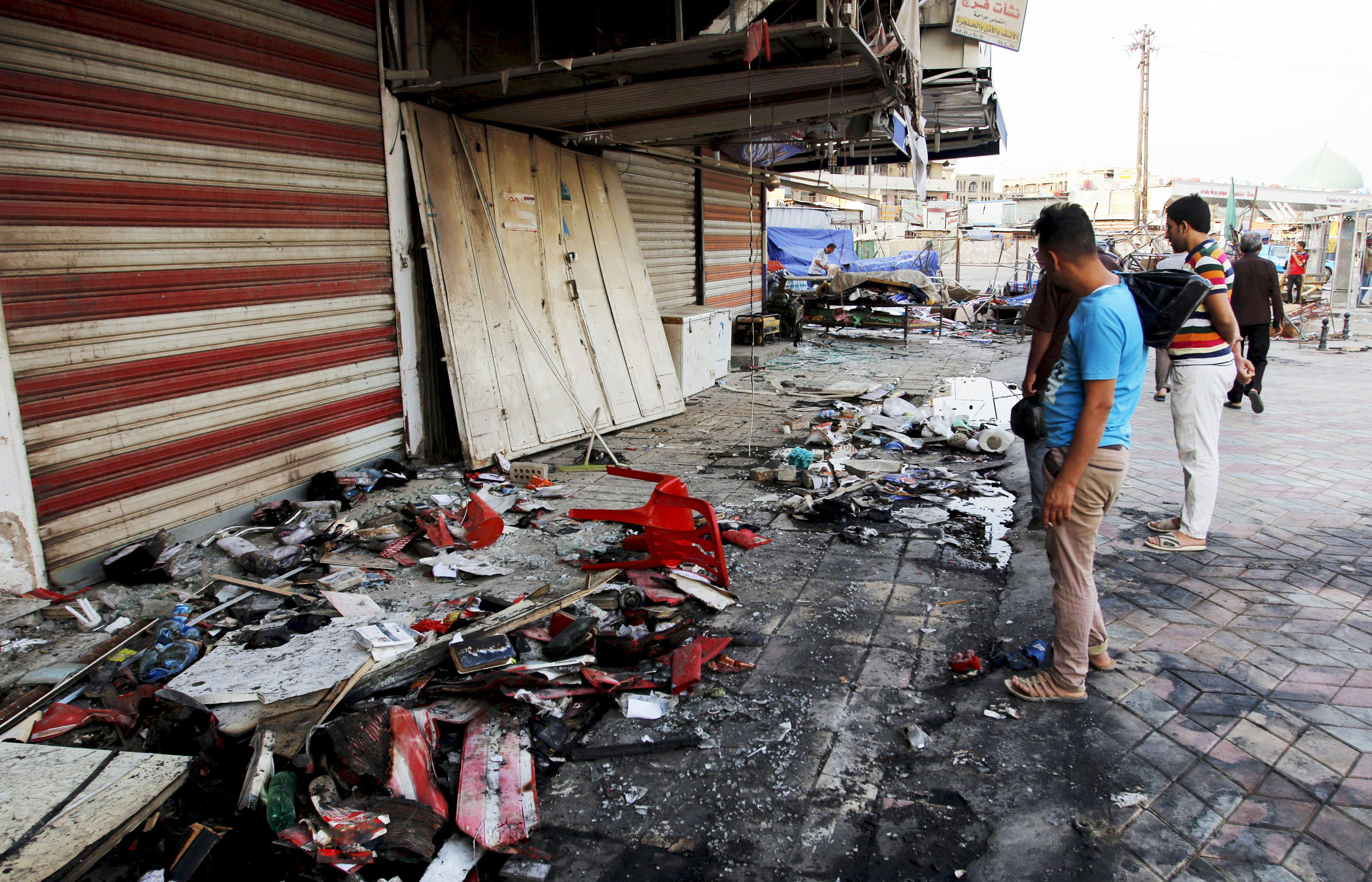 The first explosion took place in the impoverished neighborhood of al-Bayaa in southwestern Baghdad, a police official said. The blast killed at least 18 people and wounded 36, the official said.

Hospital officials corroborated the casualty figures. All officials spoke on condition of anonymity as they were not authorized to brief journalists.

No one immediately claimed responsibility for the attacks. The Islamic State of Iraq and Syria (ISIS) militant group frequently targets Shiite areas across the country, as well as military checkpoints and government installations. The radical Sunni group seeks to destabilize the Shiite-led government in Baghdad and targets those they view as apostates. They hold roughly a third of Iraq and neighboring Syria in their self-declared "caliphate."

On Friday, the militant group attacked a popular market in Iraq's eastern Diyala province, killing 115 people - the majority of them Shiite - and wounding more than 170 in what was one of the largest single attacks in Iraq over the past decade. Bombings occur almost daily in Baghdad, but violence has been relatively subdued in the capital since the height of sectarian violence in 2006 and 2007, when hundreds were killed across the country almost daily.

Large-scale military operations are currently underway in Iraq's western Anbar province and in Salahuddin province, north of Baghdad, as the Iraqi military and the government-sanctioned Popular Mobilization Forces look to reclaim territory in the country's Sunni heartland. A U.S.-led coalition is supporting the operation with airstrikes on militant targets across the country.