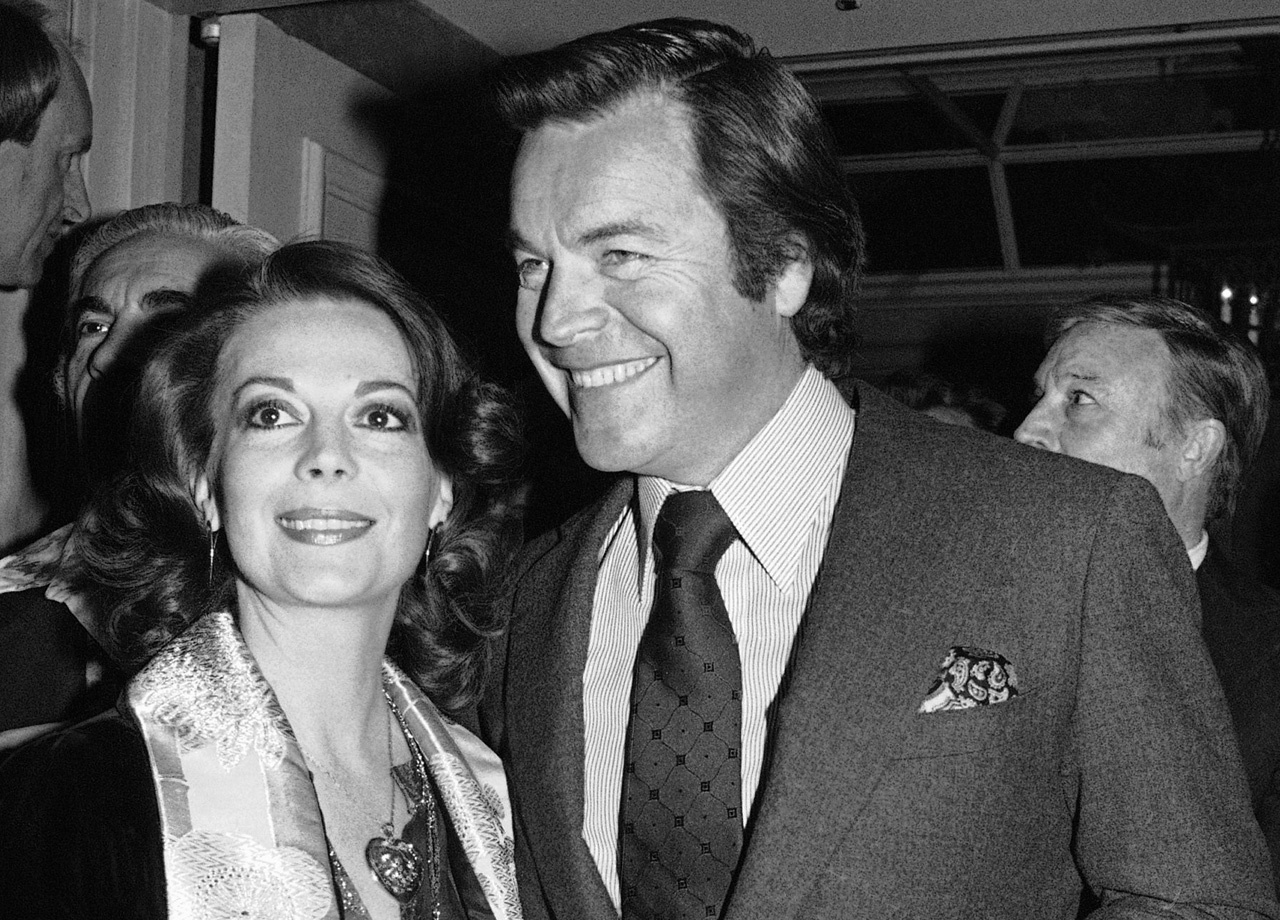 A yacht captain said that he lied to investigators about the mysterious death 30 years ago of actress Natalie Wood, whose body was found in the waters off Southern California, and blames the actress' husband, Robert Wagner, for her drowning.

The circumstances of her death had long been classified as a tragic accident.

But on Thursday homicide detectives unexpectedly re-opened the case. A Los Angeles County sheriff's detective will speak to reporters Friday about the decision to take another look at the Oscar-nominated actress' death on Nov. 29, 1981.

In a special to air Saturday on CBS at 10 p.m. ET/PT, "48 Hours Presents Vanity Fair: Hollywood Scandal," Dennis Davern, the captain of the Wagner's boat, the Splendour, said, "I believe that Robert Wagner was with her up until the moment she went into the water."

Wood drowned after spending several hours drinking on Catalina Island and a yacht with Wagner, fellow actor Christopher Walken (with whom Wood was co-starring in the film "Brainstorm") and the ship's captain, Dennis Davern.

The Los Angeles Times quoted Sheriff Lee Baca as saying recent comments by the captain, Davern, who was interviewed for a book project and whose comments from a 2000 article by Vanity Fair are being featured on a new print edition and a "48 Hours Mystery" episode focusing on Hollywood scandals.

The coroner's autopsy indicated Wood had died by accident, attempting to board a rubber dingy off the Splendor, when she fell and drowned.

"That story is 100 percent false," Davern said in a preview of the "48 Hours" special. "Natalie would never, in a million years, take that dingy out by herself. She would have gotten me."

It is not the first time Davern has contradicted statements he and others made to investigators after Woods' death. The magazine notes that he has told his story through tabloids, and has been shopping for a book deal for years.

On NBC's "Today" show Friday Davern said that he made mistakes by not telling the truth about events leading to the Thanksgiving weekend death and had urged Los Angeles County sheriff's homicide investigators to reopen the case.

"Was the fight between Natalie Wood and her husband Robert Wagner what ultimately led to her death?" show host David Gregory asked.

"Like I said, that's going to be up to the investigators to decide," the captain said.

Davern said he believes Wagner had intentionally kept the investigation into Wood's death low profile and didn't do everything he could have done. When Gregory pressed Davern for supporting details, the captain said that was the duty of investigators.

Appearing on the Vanity Fair special, L.A. Country Sheriff's Detective Duane Rasure - who was the original investigator on the case - questioned Davern's comments about Wagner: "That's like saying Robert Wagner pushed her overboard. That's a murder investigation. But I don't believe him."

Also interviewed on the Vanity Fair special are Marti Rulli, a longtime friend of Davern's who has spent 30 years investigating Wood's death; Roger Smith, the paramedic who took Wood's body to shore; Marilyn Wayne, who was on a nearby boat that night; and Mart Crowley, a close personal friend of Wood and Wagner, who also questions Davern's assertion. "To infer that he stood by ... and didn't dive in to save her is just absurd ... to anyone that knows anything about their relationship."

In the magazine, Davern is quoted as saying that Wood and Wagner fought in their cabin before the actress disappeared. Coroner's officials ruled her death an accidental drowning, perhaps caused by her slipping off the boat while trying to tie down a dinghy.

Wood's death sparked tabloid speculation that foul play was involved, but Wagner and Wood's sister have dismissed any suggestion the actress' death was anything more than an accident. Coroner's officials at the time agreed, writing that Wood was "possibly attempting to board the dinghy and had fallen into the water, striking her face."

Sheriff's officials are hoping for tips from the public may shed new light on how Wood - who was afraid of being in the water - ended up drowning.

"Although no one in the Wagner family has heard from the LA County Sheriff's department about this matter, they fully support the efforts of the LA County Sheriff's Dept. and trust they will evaluate whether any new information relating to the death of Natalie Wood Wagner is valid, and that it comes from a credible source or sources other than those simply trying to profit from the 30 year anniversary of her tragic death," Wagner spokesman Alan Nierob wrote in a statement.

Wood, a three-time Oscar nominee famous for roles in "West Side Story," "Rebel Without a Cause" and other Hollywood hits, was 43 when she died. She and Wagner, star of the TV series "Hart to Hart," were twice married, first in 1957 before divorcing six years later. They remarried in 1972.

Lana Wood wrote in a biography on her sister, "What happened is that Natalie drank too much that night."

Wagner wrote in a 2008 autobiography that he blamed himself for his wife's death.

He recounted the night of Wood's disappearance, during which the couple and Walken drank at a restaurant and on the boat. Wood went to the master cabin during an argument between her husband and Walken. The last time Wagner saw his wife, she was fixing her hair at a bathroom vanity and she shut the door.

Wagner wrote that despite various theories about what led Wood to the water, which she feared, it was impossible to know what exactly happened.

Later in the book, Wagner wrote, "Did I blame myself? If I had been there, I could have done something. But I wasn't there. I didn't see her."

He wrote that he has never returned to Catalina Island.

Phone and email messages to Walken's publicist were not returned Thursday.