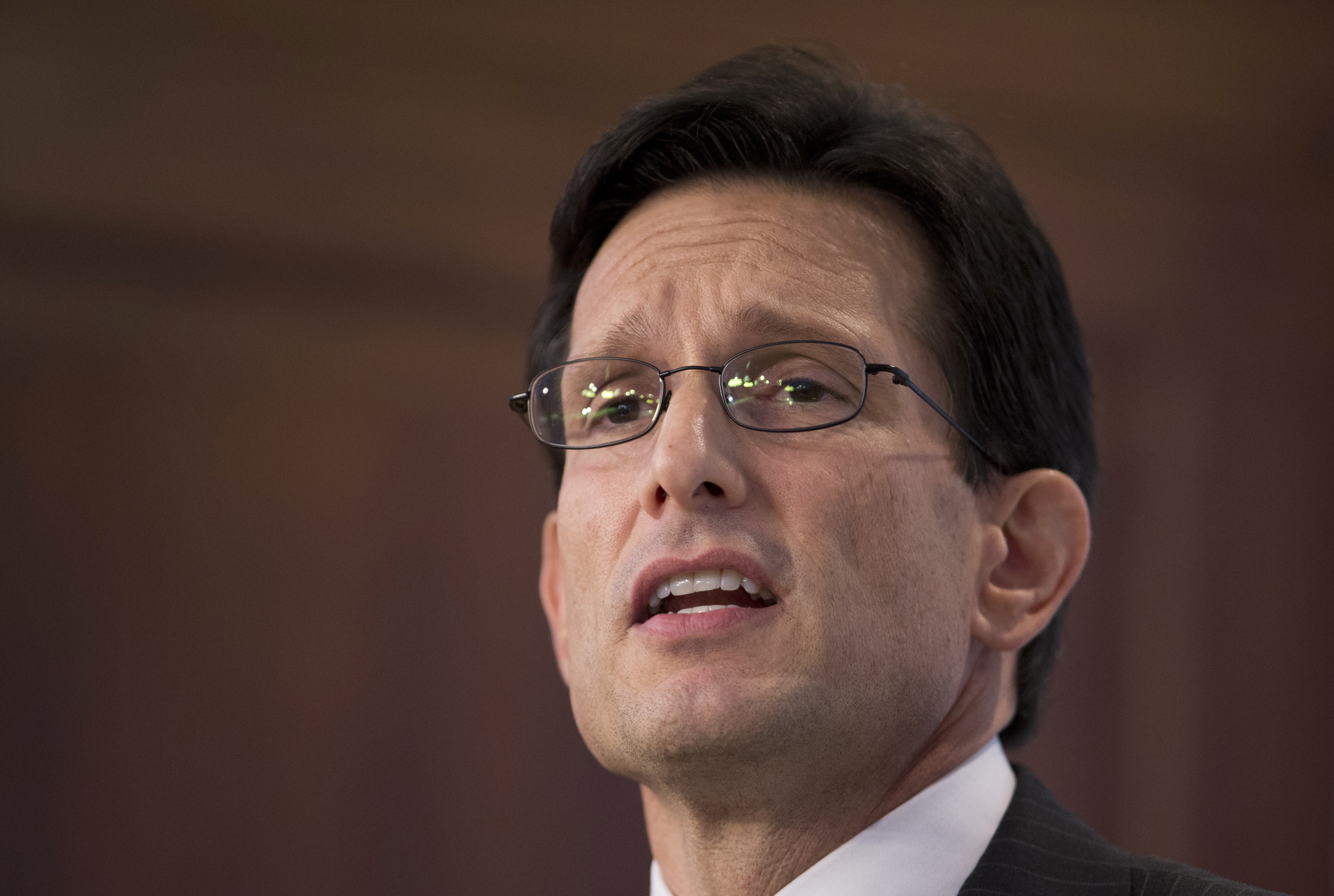 House Majority Leader Eric Cantor, R-Va., today endorsed the basic principles of the "Dream Act," a long-sought after piece of immigration legislation that would create a pathway to citizenship for certain undocumented youth. Cantor's embrace of the idea is the latest demonstration of the GOP's renewed interest in pursuing bipartisan immigration reform.

In a wide-ranging speech at the conservative think tank the American Enterprise Institute, Cantor said that when it comes to immigration reform, "A good place to start is with the kids."

"One of the great founding principles of our country was that children would not be punished for the mistakes of their parents," he said. " It is time to provide an opportunity for legal residence and citizenship for those who were brought to this country as children and who know no other home."

The Dream Act, first introduced with bipartisan support more than 10 years ago, would offer upstanding youths who were brought into the United States illegally a way to earn legal status. Democrats were pushing a version of the bill in 2010, but Republicans in the Senate managed to kill it with a filibuster.

In 2012, however, Sen. Marco Rubio, R-Fla., proposed a scaled-back version of the legislation that would offer non-immigrant visas to qualified young undocumented immigrants that would allow them to eventually apply for citizenship. President Obama, meanwhile, took executive action to stop the deportation of certain undocumented young people.

Now that Republicans this year are working in earnest with Democrats to pass some kind of immigration reform, proponents of the Dream Act hope it will finally be signed into law. Rubio is one of eight senators working to draft a comprehensive immigration reform proposal.

"I really admire Sen. Rubio and the kinds of things he's standing for," Cantor said earlier on CBS This Morning. "I think he's moving in the right direction... We've got things that I believe need to be addressed, from border security to worker programs. We need to be addressing the situation where you've got some children in this country that are here because of actions of their parents and know no other place than America as home. I believe we've got to work in an expedited fashion to address them."

In a news conference this morning, House Speaker John Boehner, R-Ohio, was reticent to say whether he backed the proposal to create a pathway to citizenship for undocumented immigrants.

"Listen, I think this is a very difficult part of any of these bills," he said. "And I want to just encourage members on both sides of the Capitol and both parties to continue to try to come to some resolution of that issue."