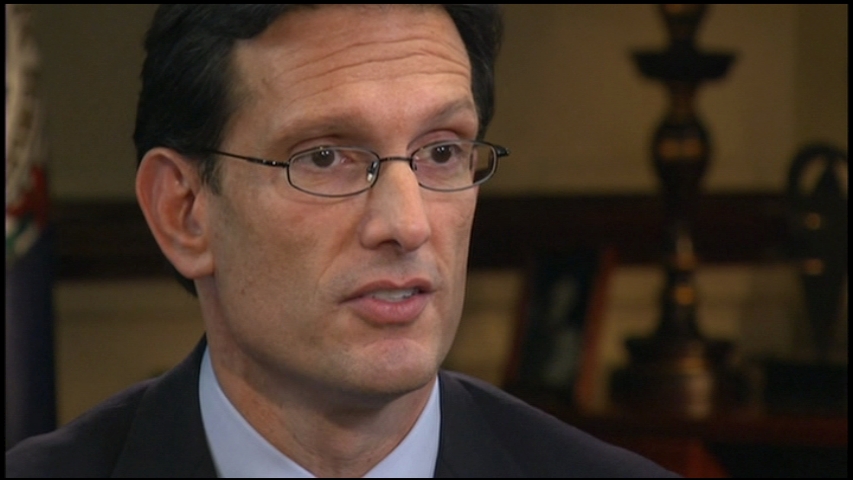 But in an interview with Lesley Stahl of "60 Minutes," Cantor said he plans to revive the legislation in the first couple of months of 2012 -- and expand it so that it addresses more than just congressional stock transactions.

Cantor said he wants to "try and address the situation and take care of it once and for all."

The issue of "insider trading" in Congress came to the fore after a piece on "60 Minutes" shed new light on the issue last month. Like everyone else, members of Congress are subject to current insider trading laws. However, some contend that current insider trading laws do not apply to nonpublic information about current or upcoming congressional activity, since members of Congress aren't technically obligated to keep that information confidential. So, for instance, if a lawmaker learns an upcoming bill will grant a company a large government contract, which could boost that company's stock, he or she is free to buy that stock ahead of the bill's public introduction.

Democratic Reps. Louise Slaughter of New York and Tim Walz of Minnesota introduced the Stop Trading on Congressional Knowledge (STOCK) Act in the House to stop this practice -- but the bill, which has been introduced before, never garnered more than 14 congressional sponsors. In the wake of the "60 Minutes" report, it now has 237 co-sponsors in the House as well as bipartisan support in the Senate.

"We wanna make sure that the public understands we abhor that kind of conduct," Cantor told Stahl. "We're gonna build on the STOCK Act and bring forward a measure that actually deals with all of it so we can take care of any suggestion that a member of Congress somehow uses his or her official position to affect their own personal enrichment."

That means expanding the bill so that it bars more than just stock transactions, he said.

"I think that you can look at examples across the country, of any various levels of government, where unfortunately there are some bad actors, and they've engaged in taking and seizing upon information they have -- and acting on it," he said. "And that means whether they're buying stock or whether they are buying land, allegedly, on inside information that they feel they can profit from that [when] no one else can."