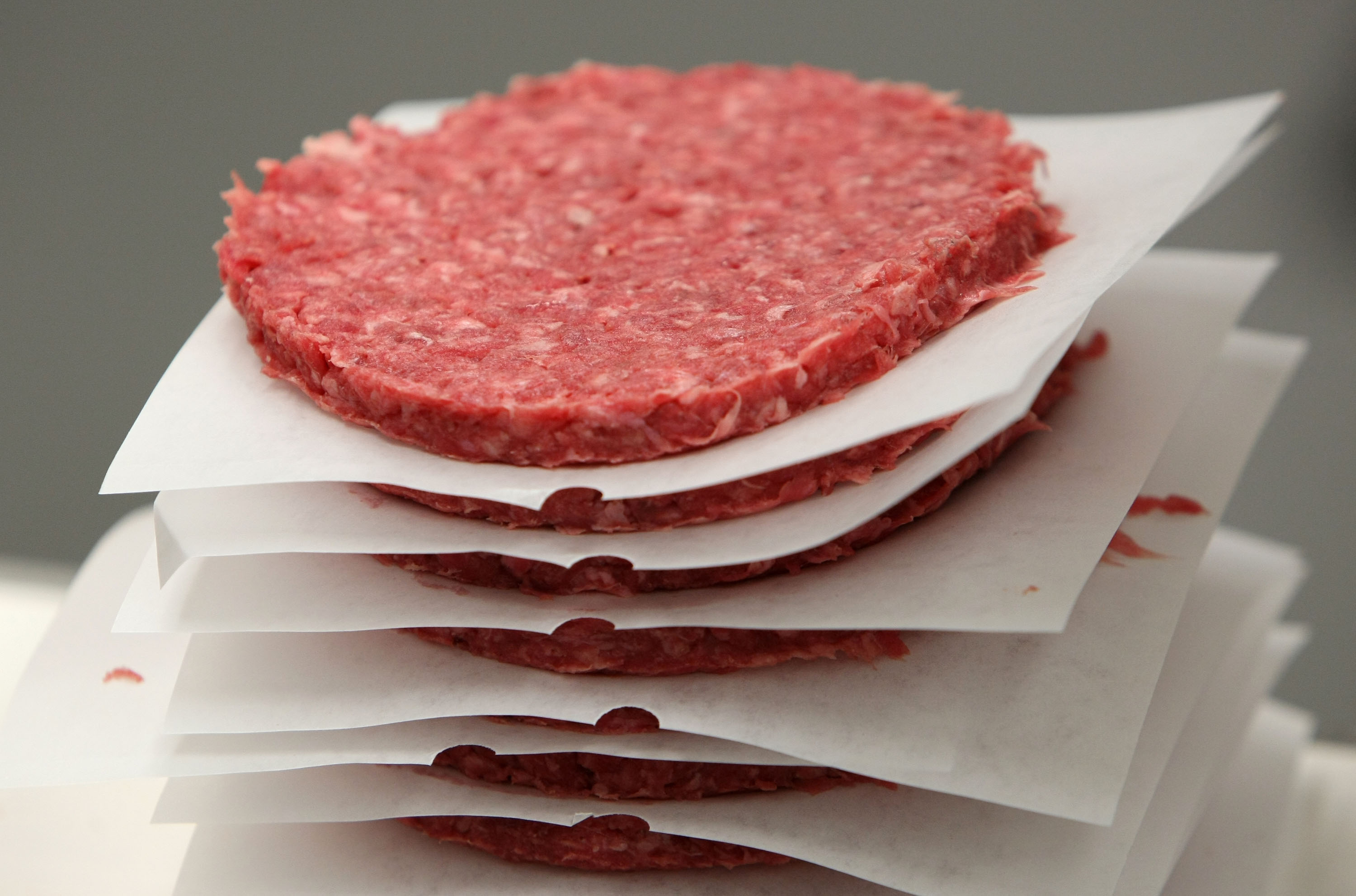 MILWAUKEE  -- Skip the "cannibal sandwiches," says the Centers for Disease Control and Prevention.

A Wisconsin tradition, a cannibal sandwich is an appetizer featuring raw, lean ground beef served on cocktail bread. But health officials said they’re not safe, noting that more than a dozen people became ill with infections like E. coli after consuming them last holiday season.

The meat came from a Watertown market that later recalled more than 2,500 pounds of meat.

Cannibal sandwiches were tied to outbreaks in Wisconsin in 1972, 1978 and 1994. The appetizer, also called "tiger meat," "steak tartare" or simply "ground beef," is usually a simple dish of lean ground meat seasoned with salt and pepper on rye cocktail bread with sliced raw onion, said Milwaukee historian John Gurda, who served it at his 1977 wedding reception. Occasionally, a raw egg will be mixed with the meat.

Cannibal sandwiches have been a festive dish in German, Polish and other ethnic communities in the Milwaukee area since the 19th century, Gurda said. The 66-year-old said it was once common to see them at wedding receptions, meals following funerals and Christmas and New Year's Eve parties. The dish has become less common in recent years with greater awareness of the risks of uncooked meat and fewer people eating beef, but Gurda said he still runs into it.

"It's like a coarse pate and when you put the onions on, there's a crunch as well and that kind of cuts the softness," he said.

Keith Meyer, who runs L&M Meats, a Kenosha butcher shop started by his father, recalled his German grandfather and other "old guys" gobbling the ground beef when he was growing up. With his grandfather gone, Meyer's family no longer serves the dish, but the 57-year-old said, "It's really not that bad, if you get by the texture of it."

"It's like eating a cold hamburger that's a little on the raw side," Meyer added.

His butcher shop sells 50 to 100 pounds of freshly ground round on Christmas Eve, New Year's Eve and perhaps a day before those holidays to people wishing to make cannibal sandwiches. Glenn's Market and Catering, the Watertown butcher involved in the recall, does a similar holiday business, vice president Jeff Roberts said.

Both stores label their ground beef with warnings about consuming raw or undercooked meat, but the men said it's unlikely people are buying it to cook. With the fat trimmed off before grinding, the meat is too lean to make a decent hamburger, Meyer said.

Carol Quest, director of the Watertown health department, said its investigation found no health or other violations at Glenn's Market. It's hard to say what happened to the meat once it left the store, she said.

"The big message is that people need to cook their food properly and make sure they're taking temperatures of their meat," Quest said.

Ground beef should be cooked to an internal temperature of 160 degrees as measured with a food thermometer.

The state health and agriculture departments issued a warning Thursday telling residents to avoid cannibal sandwiches, and Quest said her department plans one as well. Its investigation into the E. coli outbreak, which included interviews with more than 50 people who ordered meat from Glenn's, found some weren't aware of the dangers but others felt safe because they'd eaten the dish before with no ill effects, she said.

Symptoms of an E. coli infection include stomach cramps and diarrhea. It can lead to kidney failure, particularly in the elderly, children and people with weak immune systems.

Roberts said some of his employees eat tiger meat, but he doesn't.