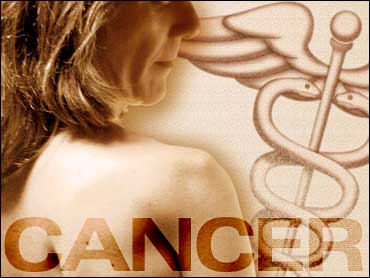 New research has found a higher risk of leukemia among older overweight women, offering another piece of evidence that carrying extra pounds can increase your chance of getting cancer.

University of Minnesota researchers concluded that being overweight or obese could more than double an older woman's slight risk of getting acute myelogenous leukemia. AML, one of the deadliest leukemias, accounts for about one-third of the 33,000 leukemia cases diagnosed annually in the United States.

Earlier studies have linked excessive weight with higher risks for cancers of the colon, breast, uterus, kidney and some other organs. The new study adds one more cancer to the list, said the lead author, Julia A. Ross, an epidemiologist with the University of Minnesota Cancer Center.

"It's just another indication of obesity not being a good thing," Ross said.

The study, published in the November issue of Cancer Epidemiology, Biomarkers & Prevention, found that the risk for AML was 90 percent higher among women 55 and older who are overweight, meaning they have a body-mass index of 25 to 29. BMI is a measure of body fat based on height and weight. The risk was as much as 140 percent higher among obese women in this age group — those with a BMI of 30 or more.

By those definitions, a 5-foot-4 woman between 146 pounds and 174 pounds would be considered overweight, and obese if she weighed 175 pounds or more.

While the study found a higher risk of AML among overweight older women, it did not find such a link with a slower developing type of leukemia, chronic lymphocytic leukemia.

Researchers don't know yet if excessive weight directly causes AML, or how, but hormones or genetics might be factors, Ross said, adding that further study is needed.

Because the study didn't address just how excessive weight might contribute to AML, it doesn't prove that losing weight will reduce the risk, said Alan Kinneburgh, senior vice president for research at the Leukemia and Lymphoma Society in White Plains, N.Y. It's possible instead that the same genes contributing to obesity might also contribute to the risk for leukemia, Kinneburgh said.

But he applauded the study for offering a possible way for reducing the risk of blood cancers in general and AML in particular.

"Put it on the list of many reasons we should stay at a reasonable weight," Kinneburgh said.

Given that nearly two-thirds of American adults are overweight and that the five-year survival rates for AML among older people are as low as 3 percent, it's important to identify risk factors for it that people can change, Ross said.

And while AML is relatively rare among the general population — making up about 11,900 of the 33,400 leukemia cases diagnosed annually in the United States — it's on the rise among people 65 and older, she said.

Ross and the other researchers studied data from the Iowa Women's Health Study, a large-scale project that gathered data from over 40,000 Iowa women ages 55 to 69 from 1986-2001. Among the 37,000 women who were cancer-free at the start of the study, 200 developed various types of leukemia, including 74 cases of AML and 88 cases of the slower developing chronic lymphocytic leukemia.

The data suggested that about 30 percent of AML cases in older women might be linked to being overweight or obese, Ross said.