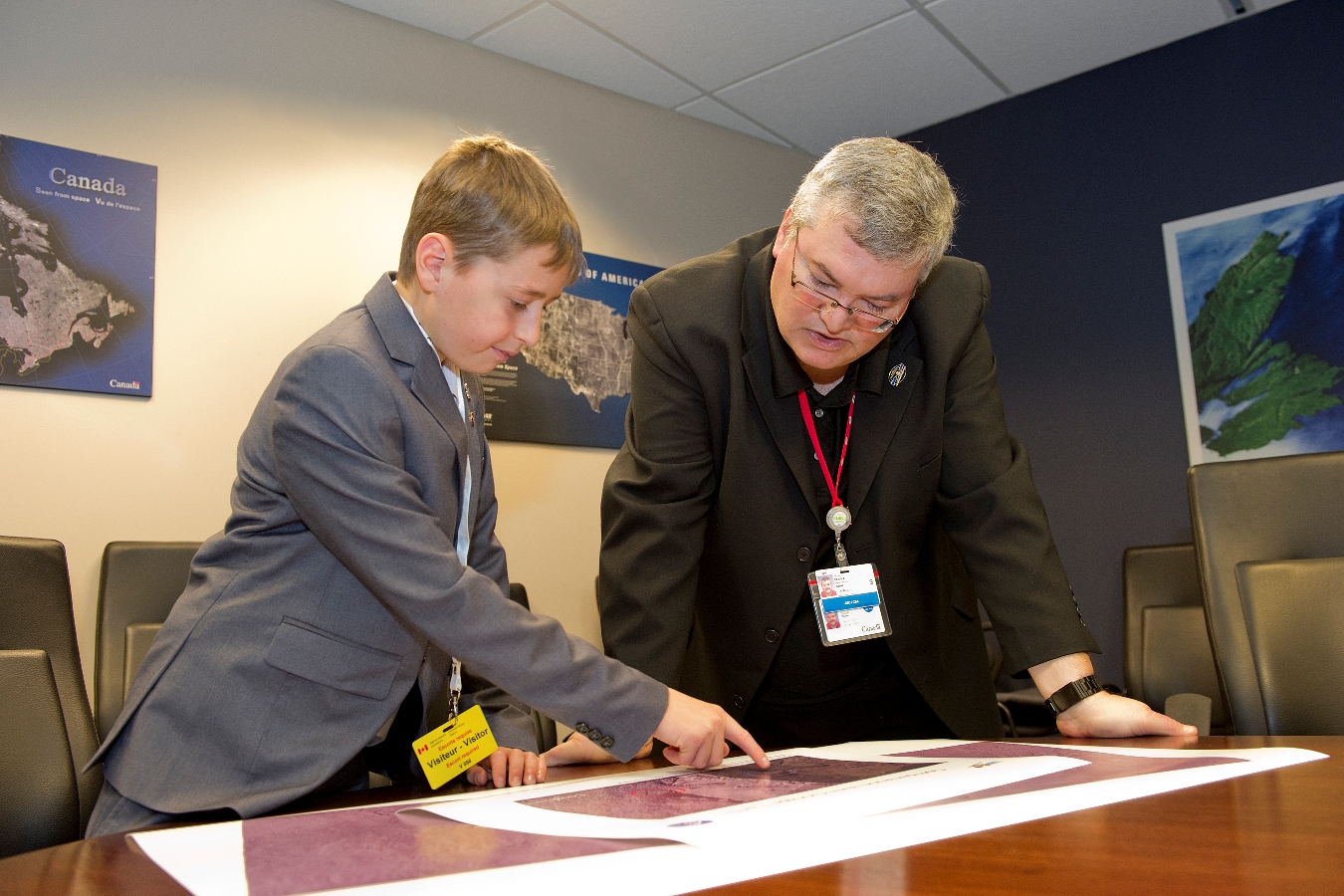 A 15-year-old boy from Canada who took a hunch and ran with it may have discovered a long lost Mayan city -- but some members of the archaeological community aren't so sure.

The story starts two years ago, when William Gadoury, who attends a private school in Joliette, Quebec, was invited to present at a scientific conference after winning a few science fairs. At the conference, he happened to be assigned the booth next to the Canadian Space Agency, Canada's equivalent of NASA.

A project officer at the Canadian Space Agency, Daniel De Lisle, was intrigued by his pint-sized neighbor.

"You could see the boy was very bright and knew what he was talking about. He had his binders prepared with questions and answers both in French and English," De Lisle said.

Impressed, De Lisle invited Gadoury to a lunch conference with his team at the Canadian Space Agency.

"I told my colleagues, 'This could be our next president at CSA. One day we may all have to work for him,'" De Lisle said.

Pi Day tip: How to remember Pi to 15 digits

Gadoury accepted De Lisle's invitation, but went a step farther. A passionate student of ancient civilizations in Central America, he came to CSA armed with a question: What if there was an unseen correlation between star constellations and the locations of ancient Mayan cities, given all the evidence that the Mayans closely studied and worshipped the stars? His theory could explain why so many Mayan cities have been discovered in awkward, arid locations. Maybe they were plotted in alignment with the stars, he explained.

"He thought, 'Maybe there was another reason they had these temples there,'" De Lisle told CBS News. "He made the link."

Intrigued, De Lisle provided Gadoury with high resolution satellite images -- culled from NASA and the Japanese Space Agency -- to analyze. The teen then superimposed those satellite images over Google Maps and Google Earth images to look for patterns.

One by one, he went through 22 different star constellations and found that they all matched the locations of 117 known ancient Mayan cities, from Mexico to Guatemala to Honduras to El Salvador. But when he looked at a 23rd constellation, he noticed that one of its stars was unmatched to any known city. Gadoury figured that location -- in the middle of the remote jungle of the Yucatan Peninsula -- could be the site of an unknown city.

Narrowing in on specific satellite images of this site, Gadoury and De Lisle were surprised by what they saw. Under the jungle's thick layer of vegetation, they saw signs of a large, linear structure that they say could be an ancient Mayan pyramid. Surrounding the pyramid, they also saw signs of dozens of smaller structures, alleys and streets -- in short, what might be an ancient city never before identified.

"You could see the spark in his eye. He was very proud. He said, 'This is what I came up with and I'm pretty sure there's something there,'" De Lisle said.

If the photographs can be verified, the new city would be one of the five largest Mayan cities ever discovered, according to the newspaper Le Journal de Montreal.

But as Gadoury's potential discovery gains traction, some academics are urging healthy skepticism.

"I don't think he's discovered anything exciting. There are 6,000 Mayan cites in Mesoamerica. You can't go 20 miles without running into something," said Mark Van Stone, a professor with a specialty in Mesoamerican and Mayan civilization at Southwestern College, in Chula Vista, California.

According to Van Stone, it's unlikely that so many Mayan cities were plotted with some larger design in mind, given that Mayan civilization was highly fragmented and decentralized.

"For someone to give an order and organize this whole thing, there would have to be cooperation on a scale that as far as I know never existed in Mesoamerica. The kingdoms were always attacking each other. I think it's highly unlikely that anyone could have organized people from neighboring kingdoms so that it would match a certain ideal," he said. He added that, in general, maps from the era show that Mayans communities tended to think in terms of their own kingdoms, rather than factoring in their neighbors.

Still, Gadoury is hopeful that a future archaeological dig will validate his hunch. If a new city is found, the 15-year-old would like to name it K'aak Chi, which means "Fire Mouth." He hopes to take part in the eventual excavation of the site.

"It would be the culmination of my three years of work and the dream of my life," he told Le Journal de Montreal.

Now that the discovery is public, Gadoury's life is significantly changed. This week, in addition to juggling school exams, he's doing interviews with media outlets around the world, preparing to publish his research in a French-language scientific journal, and gearing up to attend a national archaeology conference in Brazil this fall. Plus, several archaeologists have shown interest in taking him on excavations of the Yucatan Peninsula site, De Lisle said.

"It's quite impressive. The depth of his research -- from the stars to the satellite imagery to the foliage to the remains -- is incredible," De Lisle said.

For Van Stone, his sense of skepticism towards this "discovery" is mixed with excitement that, at the very least, a 15 year old is injecting new ideas into his field. Ninety-nine percent of ideas in science turn out to be wrong -- but many wrong ideas are still worth looking into, Van Stone said.

"I'm delighted that the Space Agency in Canada has been open to this kid's idea and giving him good maps," he said. "This kid's ideas are probably not right, but I don't want to discourage anyone about trying out ideas."

As for De Lisle, he plans to step back and let his 15-year-old compatriot "fly on his own." Once his interview requests die down, De Lisle will return to his day job, where he's part of a team preparing to launch three satellites by 2018 to document the whole breadth of Canada. The government will use those images to do everything from taking crop inventory to monitoring icebergs to tracking illegal fishing and boating.

"We'll give him our blessings," he said, laughing. "This project with William is very far from my daily job."