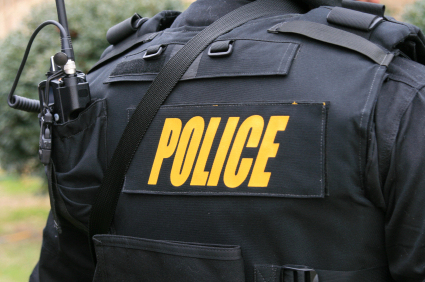 RIVERSIDE, Calif. - Authorities have arrested a 16-year-old Canadian boy they say was behind a series of "swatting" incidents around North America in which a 911 call was made and false bomb threats and hostage situations were reported, reports CBS Los Angeles.

An investigation by police in Ottawa, Calif. and Riverside, Calif., the FBI, and other law enforcement agencies culminated in the youth's arrest Thursday, according to the station.

The suspect's name was not released due to his age.

The suspect is facing about 60 criminal charges, including public mischief, uttering death threats and conveying false information with the intent to alarm, Canadian authorities say, according to the station.

"Swatting" is described as criminal activity in the form of making threats -- usually against a private home or a public school -- so that police respond with tactical units or SWAT teams.

A variety of celebrities, including Justin Timberlake, Justin Bieber, and the Kardashians, were the victims of swatting hoaxes in the past few years. It is unclear whether the suspect has been tied to any swatting pranks at the homes of celebrities.

However, CBS Los Angeles reports, the teen has allegedly been tied to bogus threats called into schools in Riverside, Calif.

"The nature of the false threats received by the schools varied," FBI Los Angeles Field Office spokeswoman Laura Eimiller said. "In some cases, police were falsely warned of explosives, hostage-taking and the threat of an active shooter."

The teen is also accused of having targeted places in Stockton, Calif.; Greenwich, Conn.; Melbourne, Orlando and Tampa, Fla.; and Watervliet, N.Y., according to the FBI.