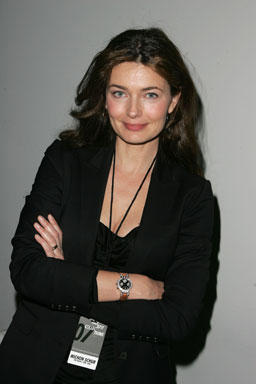 In a nod to neighborliness and a bow to tradition, President Bush welcomed his first foreign leader to the White House Monday — Canadian Prime Minister Jean Chretien.

Missile defense loomed large among the issues between Mr. Bush and Chretien, as did oil drilling in Alaska's Arctic National Wildlife Refuge, which is criticized in Canada on environmental grounds.

The meeting with Chretien was Mr. Bush's first face-to-face session with a world leader since taking office Jan. 20. It was arranged after Mr. Bush said he would visit Mexico, not Canada, in his first foreign trip later this month, abandoning the practice of his three most recent predecessors.

As a curtain raiser for that trip, the White House planned a weeklong focus next week on Mr. Bush's national security agenda.

The White House cast the visit by Chretien, which began earlier Monday, as upbeat and devoid of sore feelings about the friendly overture to Mexico.

"Frankly, all our discussions with the Canadians have been nothing but positive," said press secretary Ari Fleischer.

In a speech before the Organization of American States, Chretien said he views relations with all American nations, including the United States and Mexico, as that of "una gran familia" — one big family — that is "secure in our unique identity and sovereignty."

"Canadians felt that our national journey was taking a different path than that of the Americas," Chretien said. "Those days are gone, forever."

Canadians have not ignored the fact that Mr. Bush made a congratulatory call to Mexican President Vicente Fox when Fox was inaugurated last year. Nor have they overlooked the chummy nature of the Feb. 16 Bush-Fox meeting, to be held on Fox's ranch, or Secretary of State Colin Powell's comment that the Mexico trip was evidence of "the special place Mexico holds in our national priorities."

The personal vibe between Mr. Bush and Chretien will be closely watched too. It was widely known in Canada that Chretien, who had a warm relationship with former President Clinton, would have preferred to work with defeated Democrat Al Gore, and that Chretien's conservative predecessor, Brian Mulroney, has maintained ties with Mr. Bush's father, the former president.

The informal agenda for the Bush-Chretien meeting included a range of border issues, the Summit of the Americas conference to be held in Quebec in April, and trade. U.S.-Canadian trade totals $1.3 billion a day or nearly $500 billion a year, about twice the combined trade with Mexico.

Russia, China and most NATO allies have objected to the missile defense system, which Mr. Bush said he wants as a means of protecting the United States against accidental missile launches or an attack from a rogue nation. Mr. Bush is plowing ahead despite those objections.

"He believes it's a very effective way to protect America and our allies," Fleischer said.

Mr. Bush called for drlling in the Arctic refuge, noting that it might hold about 11 billion barrels of oil, about as much as the Prudhoe Bay field 50 miles to the west. Environmentalists say developing the oil field would jeopardize the coastal plain's wildlife, including 130 species of migrating birds; thousands of porcupine caribou that give birth to their young in the summer; and polar bears, musk oxen and grizzly bears.

"It is unreasonable to come in and start making breakpoint changes," Hoffman said. "That upsets our allies. It upsets our enemies, for lack of a better word. I think President Bush understands that."

Outside of his talks with Chretien, Mr. Bush also kept up the calls to foreign leaders he's been making since he took office. He spent five minutes on the phone Monday with Nigerian President Olusegun Obasanjo to pledge his support for democratic rule and economic development in the oil-rich African nation.