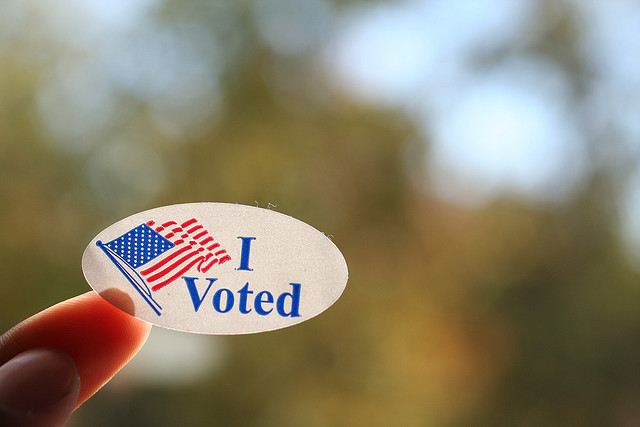 Would such communications be legal or illegal if coming from your boss? In the run-up to tomorrow's presidential election, there have been reports of companies dictating to employees how they should vote.

It's worth noting that your vote is private. Unless you declare who you intend to vote for, your boss has no way of knowing how you cast your ballot. But employment attorney Donna Ballman, author of"Stand Up For Yourself Without Getting Fired," says that in a private business it is almost always legal for a boss to attempt to influence employees' vote.

However, there are restrictions. Some states have laws that limit what managers can say. For instance, Kentucky, Ohio, Pennsylvania, West Virginia and a handful of other states prohibit businesses from posting notices saying that they will be shut down if a particular candidate is victorious at the ballot box. And if you work for the federal government, of course, it's illegal for your boss to try to influence your vote.

But just because something is legal doesn't make it wise. Employment attorney Jon Hyman, author of "The Employer Bill of Rights," writes that managers are better off not trying to influence how workers vote:

Legal or illegal, however, you need to ask yourself whether holding captive audience meetings to discuss political issues, threatening employees' jobs or mandating their attendance at political events is a valid business practice. How you answer the question of whether you think it's okay to try to shape or influence your employees' votes helps to define the kind of employer you are. Voting is an intensely personal choice. I don't think it's my business how my family members cast their votes. I certainly don't think it's an employer's business how its employees cast their votes. Voting booths have privacy curtains for a reason. Exercise some discretion by not invading that privacy of your workers.

Business owners may assume that electing a given candidate will spell doom for the company -- and they may be absolutely right. But causing anxiety about a company's prospects and making it clear that you'll be unhappy with employees if they vote a particular way, or even expressing mild disapproval, is unlikely to make for a very happy workforce.

Even if an employee agrees with your political assessment, pushing someone to vote according to your desires will result in that person feeling pressured and under-valued. Worse, pressuring someone with opposing political views can result in your star performer looking for a new job regardless of the election outcome. The last thing your business needs is to lose a quality employee.

If your boss starts pressuring you, or even jokes about making sure you vote for the right candidate, don't start screaming that he or she is violating your rights and freedoms. Ignore what the boss says and vote for the person you think will be best for the job.