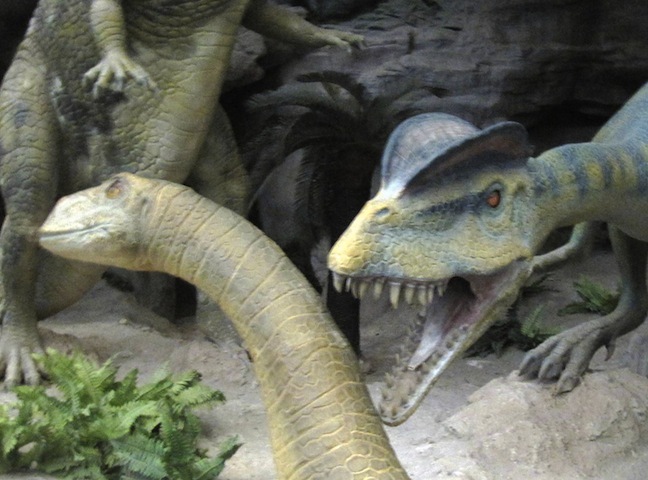 (MoneyWatch) COMMENTARY A guy walks into a Best Buy store, finds a Sony Vaio notebook on display and pokes around Yahoo Finance for a bit.

Question: What will the guy do next?

Watching Sony (SNE), Yahoo (YHOO) and Best Buy (BBY) struggle for survival these days is like watching three different train wrecks in agonizing slow motion, all at the same time. You look at one, exclaim, "What a horrific tragedy," then look at another and cry, "OMG, that's even worse," and so on.

Tuesday was just like that. There was news on all three fronts and it sure wasn't pretty.

Dunn is out -- and he's the lucky one

4 things not to say in your out-of-office email

The latest on Best Buy CEO Brian Dunn's sudden resignation is that the board of directors was probing his "personal conduct," and Dunn decided he'd rather not stick around for the conclusion of the investigation.

I don't really follow retail much, but I did have one interaction with Dunn last year and he struck me as a pretty standup guy. Still, I don't think a former store manager is what Best Buy needs at the helm, right now. The company needs to figure out how to survive in an Amazon (AMZN) world without turning into Radio Shack (RSH). That spells "outsider," if you ask me.

File this one under "blessing in disguise."

Restructuring is not a strategy

After laying off 2,000 people last week, Yahoo CEO Scott Thompson finally rolled out the much-anticipated restructuring he reportedly worked out with Boston Consulting Group and without much of his senior management team. Kara Swisher at All Things D correctly called this bizarre attempt at a turnaround: Aim. Fire. Ready. No kidding.

The more disturbing thing about it is that Thompson still hasn't articulated a credible strategy for somehow reigniting the company's growth or even slowing down its demise in a world increasingly dominated by the likes of Google (GOOG) and Facebook. As I said last week, restructuring an organization is not a strategy. But then it's hard to be disappointed when you expect so little from a company. Really.

And that leads us to Sony, which now expects to lose a record $6.4 billion this past fiscal year. And that's just the latest in a long string of losing years. New CEO Kazuo Hirai now has the unenviable task of trying to figure out how to clean up the giant mess left by his predecessor, Howard Stringer.

Ironically, Stringer wasn't even the guy who turned this once-great company into a tragic disaster. That distinction belongs to none other than Stringer's former boss, Nobuyuki Idei. It was Idei's bright idea to turn Sony into a global entertainment giant by expanding aggressively into media content.

That resulted in a schizophrenic nightmare, a company that needed to focus on either consumer electronics or entertainment but couldn't possibly survive doing both. The synergies are simply not there, strategically or operationally. They never have been.

Until Sony has a leader with the guts to make that tough decision, well, all I can say is I hope it continues to turn out great movies because it's more or less done in the consumer electronics business.

So why write about has-been companies? Because they're all once-great brands that still have a chance if their leaders would get their heads out of their you-know-whats, make some smart decisions, and earn their exorbitant pay, for a change.

You know, last year I had an email dialog with Dunn. I told him that I was going to write about an experience I had at a Best Buy store and offered him a chance to respond. To his credit, he did, but one of the things he said applies very much today. He said he found the situation I described to be "disturbing" and apologized.

Wouldn't it be something if the leaders of these three companies actually said that to their shareholders and employees on a conference call instead of all the usual corporate spin? Don't hold your breath.