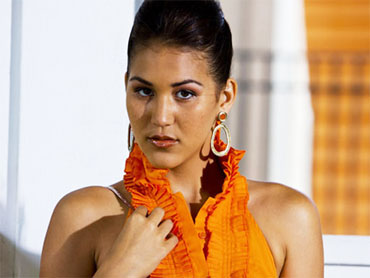 Sheryl Wolfe's dreams were coming true - she was crowned Miss Hawaii Teen United States and her modeling career was blossoming. But it all stopped in a second.

While sitting in class at Honolulu's Mililani High School, the 18-year-old collapsed. Her brain hemorrhaged, which led to a paralyzing stroke. After a week in a coma, she was declared brain dead on Monday.

But now, the girl with a huge heart may give hers away.

Wolfe was an organ donor and at least four people are scheduled to have life-saving surgery from her organs.

Out of the tragedy "comes a whole lot of new life," Stephen Kula, executive director of Organ Donor Center of Hawaii, said to the Star Bulletin. "That is the bittersweet side of it."

Wolfe had no prior health problems and no family history of early strokes. Doctors say there was nothing she could have done to predict this would happen.

Sheryl Wolfe was supposed to go on to compete in Miss Hawaii Teen World next month. Now her friend and "pageant sister" Florence Villanueva will represent her and even wear her evening gown and swimsuit.

"She'll never be forgotten, she was such a wonderful girl who always made everyone smile," Villanueva said to KGMG.