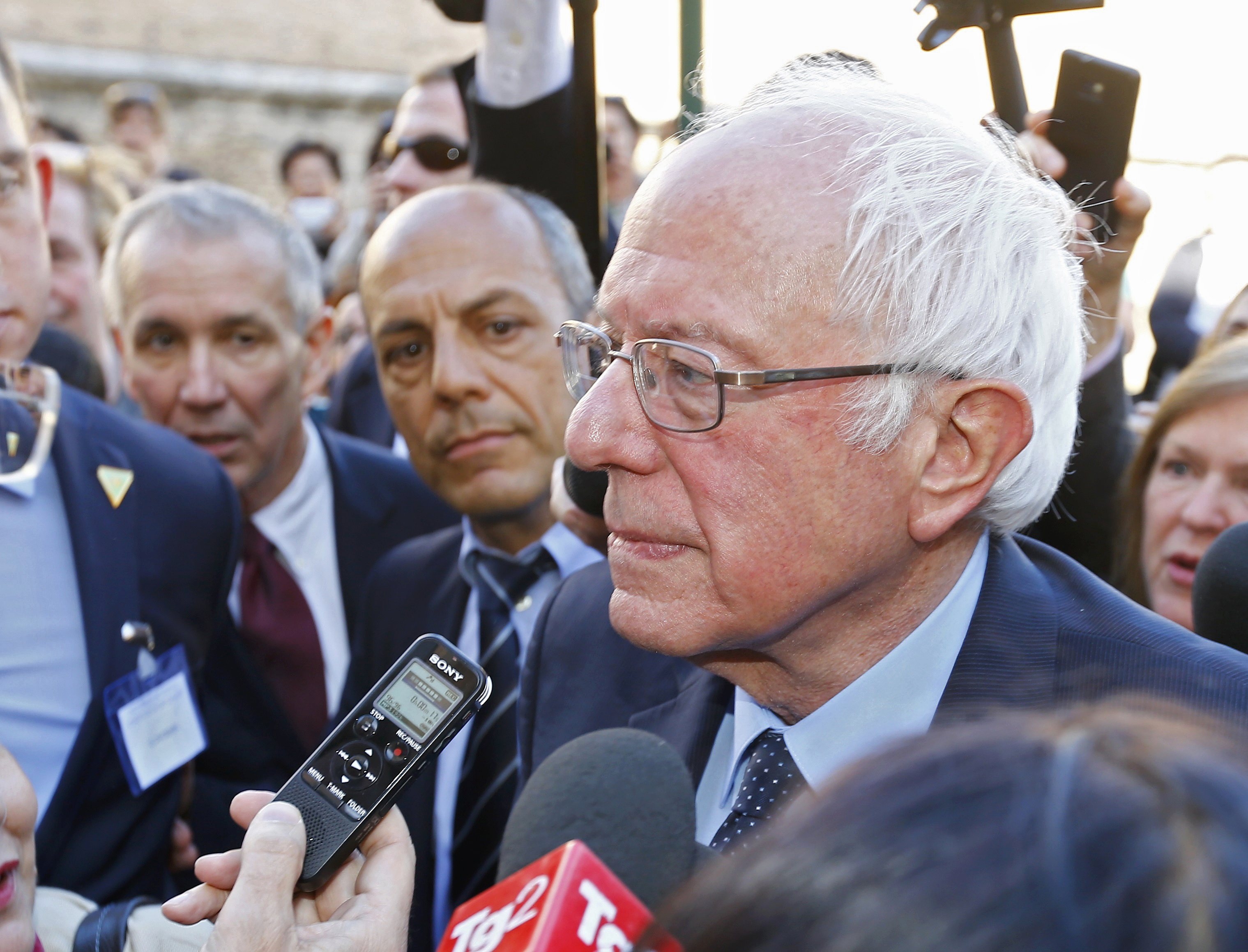 WASHINGTON --Bernie Sanders released his full 2014 federal tax return Friday, revealing that he mostly lives off a six-figure government salary and donated about 4 percent of his family's income to charitable causes.

Sanders and his wife, Jane, donated $8,350 to charity while reporting an adjusted gross income of about $205,000 that year, according to his tax return. The share of his family's income that went to charity was about half the percentage of income that his primary opponent, former Secretary of State Hillary Clinton, and her husband, former President Bill Clinton, gave to charitable groups.

The Sanders campaign released the return a day after a heated Democratic presidential debate in which Sanders pledged to release the single return but hesitated to say when he would release additional years of his taxes.

During Thursday night's debate in Brooklyn, Clinton was asked if she would release transcripts of paid speeches she gave to Wall Street banks. Clinton argued that she is being held to a different standard than other candidates in the race -- and that she'll release the transcripts of her speeches when other candidates are just as transparent, hitting Sanders for not having released his tax returns.

"There are certain expectations when you run for president. This is a new one, and I've said that if everybody agrees to do it -- because there are speeches for money on the other side, I know that," she said. "But I will tell you this, there is a long-standing expectation that everybody running release their tax returns, and you can go to my website and see eight years of tax returns and I've released 30 years of tax returns and I think every candidate, including Sen. Sanders and Donald Trump, should do the same.

Sanders then rebutted her, saying he would be more than happy to release his (nonexistent) transcripts from Wall Street speeches.

"You heard her, everybody else does it, she'll do it, I will do it," he said, to applause. "I am going to release all of the transcripts of the speeches that I gave on Wall Street behind closed doors -- not for $225,000, not for $2,000, not for two cents. There were no speeches."

Until Friday, Sanders had only released the summary of his 2014 tax returns. Clinton has released eight years of tax returns this cycle, with more years released when she was running for senate.

Sanders said at the debate that he would release his 2015 taxes this week. Asked about the reason for the delay on his other years of tax returns -- especially if they are as simple has he insists they are -- Sanders said his wife, Jane Sanders, usually does the couple's taxes and she has been "busy" with the campaign. It's an answer he has given before.

"The answer is, you know, what we have always done in my family is Jane does them, and she's been out on the campaign trail," he said. "We will get them out. We'll get them out very shortly."

Sanders contrasted his modest wealth with Clinton's multimillion-dollar income, a significant portion of which has come in the form of paid speeches to corporate and interest groups.

"I don't want to get anybody very excited. They are very boring tax returns," Sanders said. "No big money from speeches, no major investments. Unfortunately, I remain one of the poorer members of the United States Senate. And that's what that will show."

In 2014, the Clintons donated more than $3 million, nearly 11 percent of their income. Since 2000, the Clintons have given nearly $15 million to charity, tax returns show.