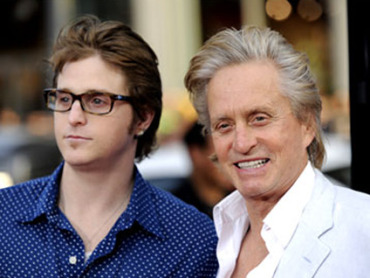 (CBS/AP) NEW YORK - The imprisoned son of actor Michael Douglas has been sentenced to more time behind bars.

Cameron Douglas was sentenced Wednesday to spend an additional four and a half years in prison, in addition to the five years he already is serving for drug offenses.

The sentence was announced by federal Judge Richard Berman in Manhattan. The judge criticized the government for being too lenient on Douglas after he repeatedly violated prison rules by arranging to get drugs. The judge said the violations included four instances in which a lawyer smuggled drugs into prison for Douglas in her bra.

The 32-year-old Douglas asked the judge to give him another chance at treatment. Berman recommended he be sent to a prison facility that can offer him drug treatment and mental health care.

Douglas was first arrested in July 2009 for dealing methamphetamine from a high-end Manhattan hotel.

Harry and Meghan's kids Archie and Lilibet now prince and princess
Thanks for reading CBS NEWS.
Create your free account or log in
for more features.
View CBS News In
CBS News App Open
Chrome Safari Continue
Be the first to know
Get browser notifications for breaking news, live events, and exclusive reporting.