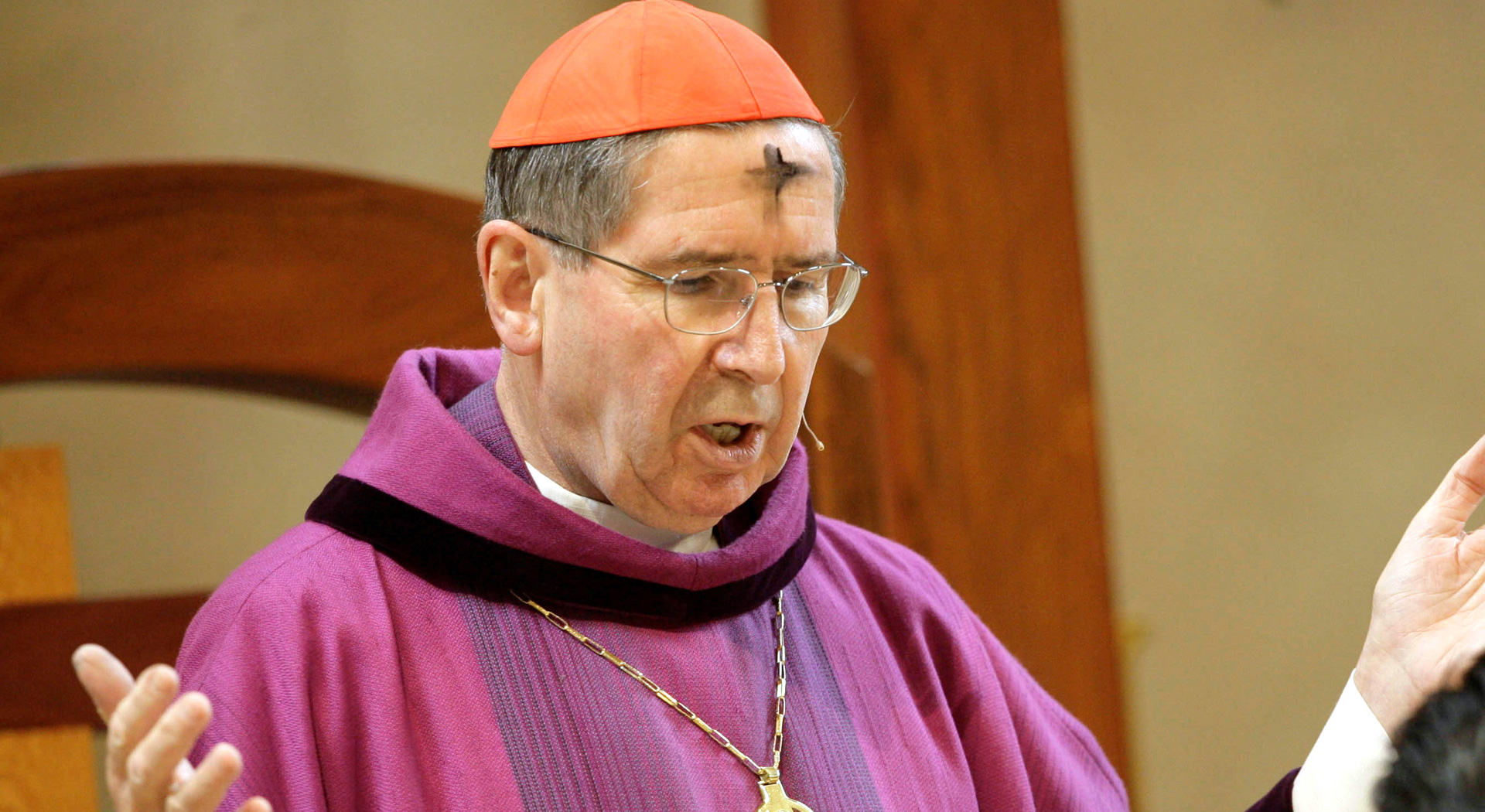 Editor's Note: In a previous version of this story CBS News reported that Cardinal Mahony concealed from police a list of priests accused of sexual abuse. The list referenced in our story contains the names of altar boys police wanted to interview in their investigation of a priest accused of sexual abuse. This list of names was concealed from police. CBS News regrets the error.

(CBS News) LOS ANGELES -- Cardinal Timothy Dolan, the Archbishop of New York, was questioned under oath Wednesday by lawyers representing hundreds of people who say they were sexually abused by priests in Milwaukee, where Dolan once served.

Cardinal Roger Mahony, the Archbishop Emeritus of Los Angeles, will testify later this week over his role in shielding accused priests from law.

Both Dolan and Mahony are among the princes of the Church who will choose the successor to Pope Benedict XVI next month, but Mahony is under pressure to stay home.

Should abuse-tainted cardinal be allowed to vote for new pope?
Full Coverage: Change at the Vatican

Cardinal Roger Mahony was the spiritual leader for 4 million Catholics in Los Angeles, the largest archdiocese in the country.

But many Catholics are demanding the retired archbishop not attend the conclave.

James Salt is with Catholics United. The group's petition with 6,000 signatures calls on Mahony to recuse himself from the papal vote.

Church files released last month show that in 1988 Mahony concealed from police the names of altar boys police wanted to interview during their investigation of a priest accused of sexual abuse. Mahony wrote to an aide, "We cannot give such a list for no cause whatsoever." Mahony no longer has any formal role in the local church.

Despite being sidelined here in Los Angeles, Cardinal Mahony is still considered a bishop in good standing with the Catholic Church. According to Church rules, that means the 76 year old has the duty to vote in Papal Conclave until he's 80 years old or too sick to attend.

Italian newspapers are filled with stories about Mahony's role in shielding priests in the abuse scandal. Cardinal Velasio de Paolis is quoted in La Repubblica saying: "it will be up to (Mahony's) conscience to decide whether to take part or not."

"He has certainly made mistakes and he has acknowledged his mistakes and there are people that think he should not be there but there are many other people that appreciate the role has head played here and would like to see him participate."

Cardinal Mahony denied our request for an interview but tweeted that he will be in Rome: "Count-down to the Papal Conclave has begun. Your prayers needed that we elect the best Pope for today and tomorrow's Church."

There is no formal way for the church to block a cardinal from attending a papal conclave.

Author compares Rome under the pope to D.C. under Trump
More
Ben Tracy