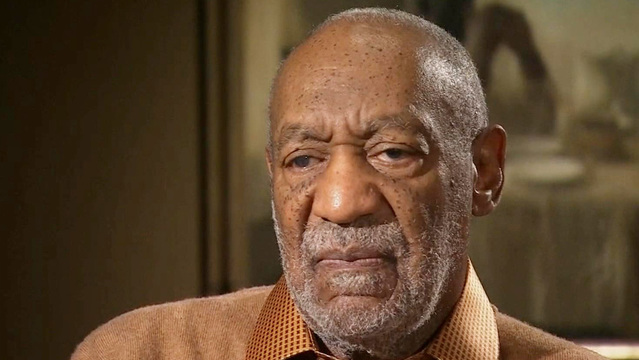 LOS ANGELES -- Bill Cosby was sued Tuesday by a Southern California woman who claims the comedian molested her in a bedroom of the Playboy Mansion around 1974 when she was 15 years old.

Judy Huth's sexual battery lawsuit does not specify how much she is seeking from Cosby, who has been accused by multiple women of sexual misconduct in recent weeks.

Huth's lawsuit filed in Los Angeles Superior Court, however, is the first time that a woman has claimed she was underage when she was abused, and it is the first lawsuit Cosby has faced claiming sexual abuse since 2005.

Huth's lawsuit states that she and a 16-year-old friend first met Cosby at a Los Angeles-area film shoot and the comedian gave them drinks a week later at a tennis club.

The lawsuit states that Cosby took them to the Playboy Mansion after several drinks. Her lawsuit states Cosby forced her to perform a sex act on him with his hand.

An email message sent to Cosby's attorney Martin Singer by the Associated Press was not immediately returned. Singer has previously denied any allegations of wrongdoing on Cosby's behalf.

The comedian himself has remained silent on the allegations, but late Tuesday night he took to Twitter for the first time in weeks to issue a simple two-word "thank you" to Whoopie Goldberg, who has spoken up in defense of the actor in recent days.

Huth claims she suffered severe emotional distress and that she discovered its impact on her within the past three years, which allows her to file the lawsuit under California law.

"This traumatic incident, at such a tender age, has caused psychological damage and mental anguish for (Huth) that has caused significant problems throughout her life," the lawsuit states.

Allegations of sexual assault against Cosby have been frequent over the past several weeks. At least 19 women say he sexually assaulted, drugged or coerced them into having sex, with the claims dating back to the 1960s.

On Monday, the fallout caused Cosby to resign from the Temple University Board of Trustees. NBC, Netflix and others have canceled projects they were developing with Cosby, and several venues have canceled his comedy performances.