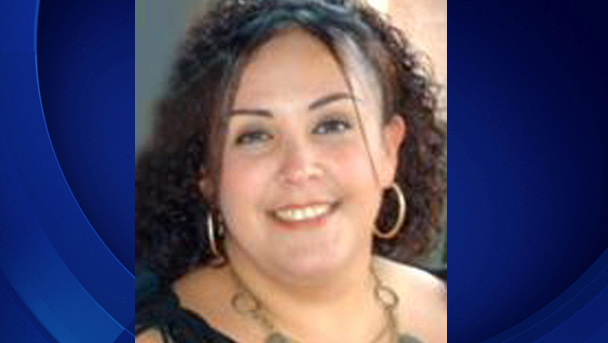 SANTA PAULA, Calif. -- A 39-year-old woman doing laundry inside her home was killed when she was struck by a bullet fired by men fighting outside her Southern California home, police said.

Four men were apparently feuding on High Street in Santa Paula around 1 p.m. Saturday when two of them pulled out guns and began firing, CBS Los Angeles reported.

The men didn't hit each other but one of the bullets entered the home of Norma Elizalde and struck her in the neck while she was doing laundry, police said.

Elizalde was a mother of two, a 16-year-old and a 13-year-old. The younger son was at home at the time of the shooting.

Police were searching for four suspects.

Elizalde's family was reeling in shock from the shooting. They described the slain woman as so devoted to her family that she lived next door to her father and siblings.

"It's a crush to our hearts, and our spirits," her brother Flavio Ramos Jr. told CBS Los Angeles.

Elizalde worked for an optometrist and was excited at the prospect of sending her elder son off to college.

"That could have also been my nephew" who was shot, said Ramos.

"She was at home," another brother, Nicolas Rams, said in disbelief. "It doesn't make any sense."

Detectives believe because the shooting occurred in broad daylight there were witnesses who saw something that could help them catch the killers.

The victims' brother made a plea for witnesses to come forward.

"For those who know something, please, step forward," said Nicolas Ramos.

Elizade's twin sister said she didn't know how she would live without her other half.