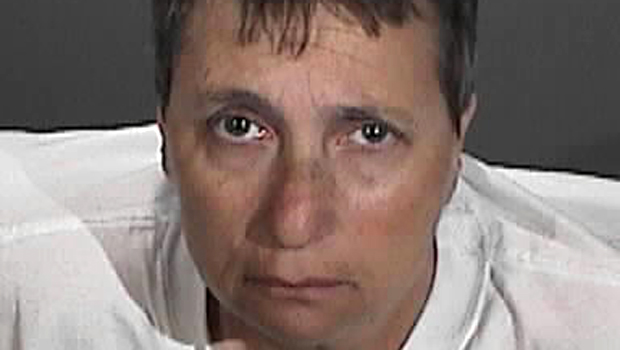 TORRANCE, California --A woman charged with running her car into a crowd of pedestrians outside a California church, killing four people including a 6-year-old boy, appeared in court on a stretcher and pleaded not guilty Friday.

Margo Bronstein, 56, entered the plea in a Torrance courtroom to four felony counts of gross vehicular manslaughter and one count of driving under the influence of a drug causing injury.

Five children and eight adults, including the suspect and the driver of another car, suffered injuries such as broken bones, abrasions and head trauma in the crash Wednesday night.

About a dozen pedestrians had just attended a student Christmas program at St. James Catholic Church when Bronstein allegedly sped through a red light, around other vehicles and into the crowd before hitting another car head-on, Redondo Beach Police Lt. Shawn Freeman said.

Samuel Gaza, 6, who had sung in the Christmas show, was dragged by Bronstein's car and suffered a bruised lung and head trauma. He died late Thursday at a hospital, according to Los Angeles County coroner's Lt. David Smith.

Three adults died earlier, including the boy's mother, Martha Gaza, 36; along with Mary Anne Wilson, 81; and Saeko Matsumura, 87, all of Torrance. The boy's father and two sisters were among the injured.

Of victims hospitalized, two adults and one child remained in stable condition and six others have been treated and released, police said Friday.

Authorities said they believed Bronstein, who was arrested at the scene, had taken prescription drugs but were awaiting the results of a toxicology test.

Bronstein appeared in court handcuffed to a stretcher and attended by two paramedics. A judge ordered her to be held on $500,000 bail. Her attorney, Jeffrey Gray, told the judge that the collision was an accident and argued for lower bail, but was refused.

Friends of Bronstein told CBS Los Angeles the Redondo Beach resident suffered from a long-term disability and used a walker or wheelchair at times. Her car was also equipped with hand-operated breaks and special mirrors.

Officials said they do not have information linking her to any prior arrests or DUI-related incidents.

She had a perfect driving record but was restricted to driving a vehicle with hand-controlled brakes, an additional right-side mirror and adequate signaling device, according to Department of Motor Vehicle records.

The DMV had no record listing her as handicapped, however.

Friends and neighbors said she is always friendly and deferential.

"She's very personable, very kind," Vanecia Wiley, a manager at the senior housing community where Bronstein lives, told the Los Angeles Times. "She doesn't want to be in anyone's way."

"They were our kids from our community. Kids who left the church singing, praising to God," parishioner Anna Henki said.