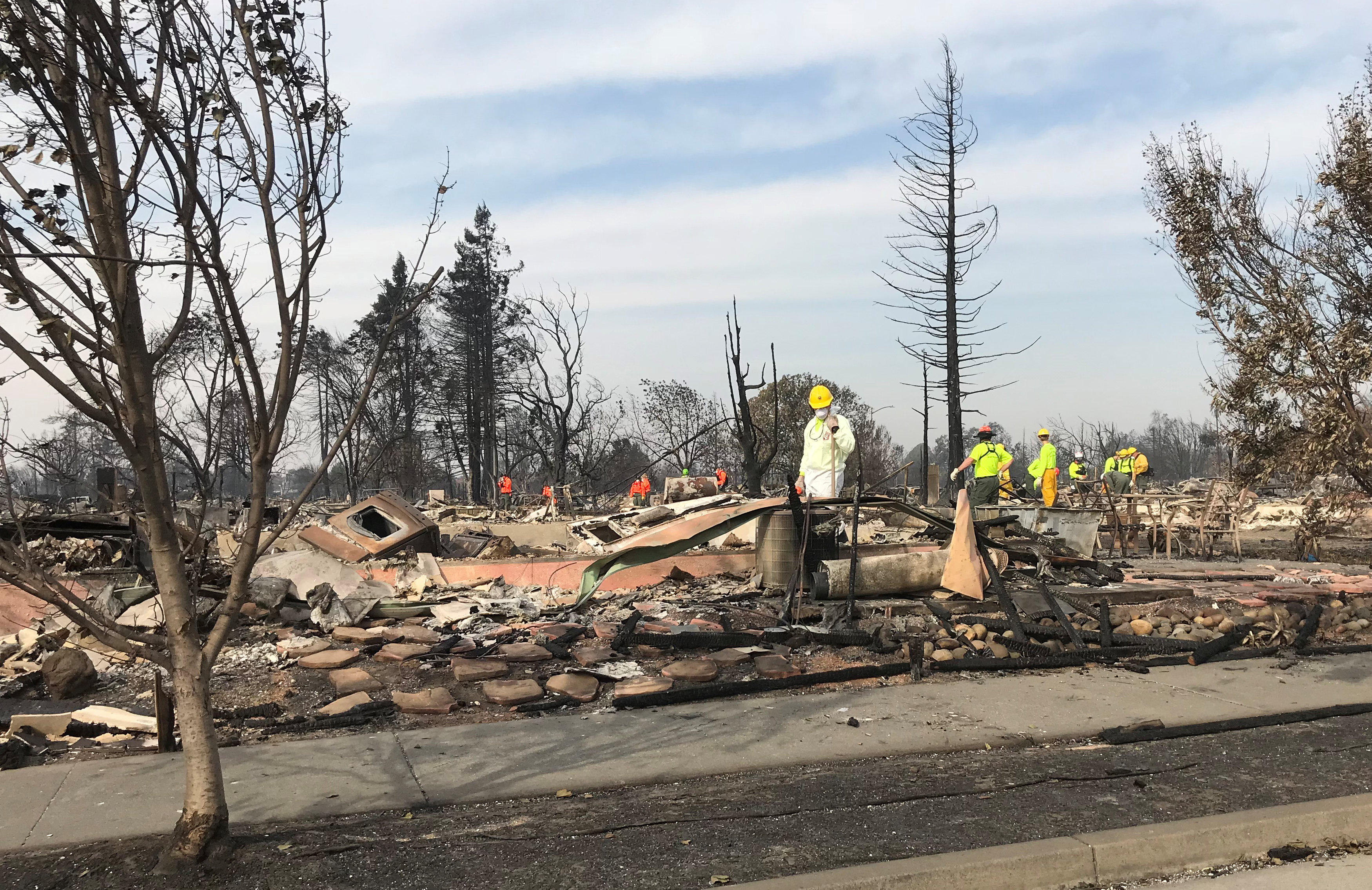 SANTA ROSA, Calif. -- Health officials in Sonoma and Napa Counties in California are expressing concerns that the ash from burned homes and cars have created a dangerous toxic mess that first responders and residents will be dealing with for many years to come.

Tuesday was one of the clearest days in Santa Rosa since the start of the deadly wildfires, but people were still wearing face masks.

Volunteers with the American Red Cross told CBS San Francisco they've been handing out hundreds of masks every day.

"Most clients are saying, 'Why do I feel this in the throat?' And we're telling them, 'Well, it's obviously the air. It's the smoke.' There's a lot of bacteria now forming," said Red Cross volunteer Joe Apicelli.

"My lungs are kind of sensitive to the smoke in the air," said Lane. "I've already required a respiratory treatment and they sent me off with an inhaler and so that's why I have to wear this mask."

Scott Alonso with the Sonoma County Department of Public Health is urging people to stay inside, especially children and those with lung problems.

"And also, when you're driving, make sure your AC is on re-circulate," said Alonso. "Protecting yourself from that, so your air filters are doing all the work for you and they're not bringing in that outside air."

Alonso said the long-term effects of breathing in this air are still unknown. But to lessen the chances of developing a serious illness, he encouraged people to remain patient and not clean up their homes.

Instead, he urged residents in or near the fire zone to make an appointment with the public health department and allow the professionals to remove the hazardous waste.

"Don't clean up right now. It's not safe," said Alonso. "The toxic ash and the debris is harmful. We don't want you sifting through it. We don't want children in it. Do not touch it. Just keep track of what's there, and then we can get involved working with you to clear it out."