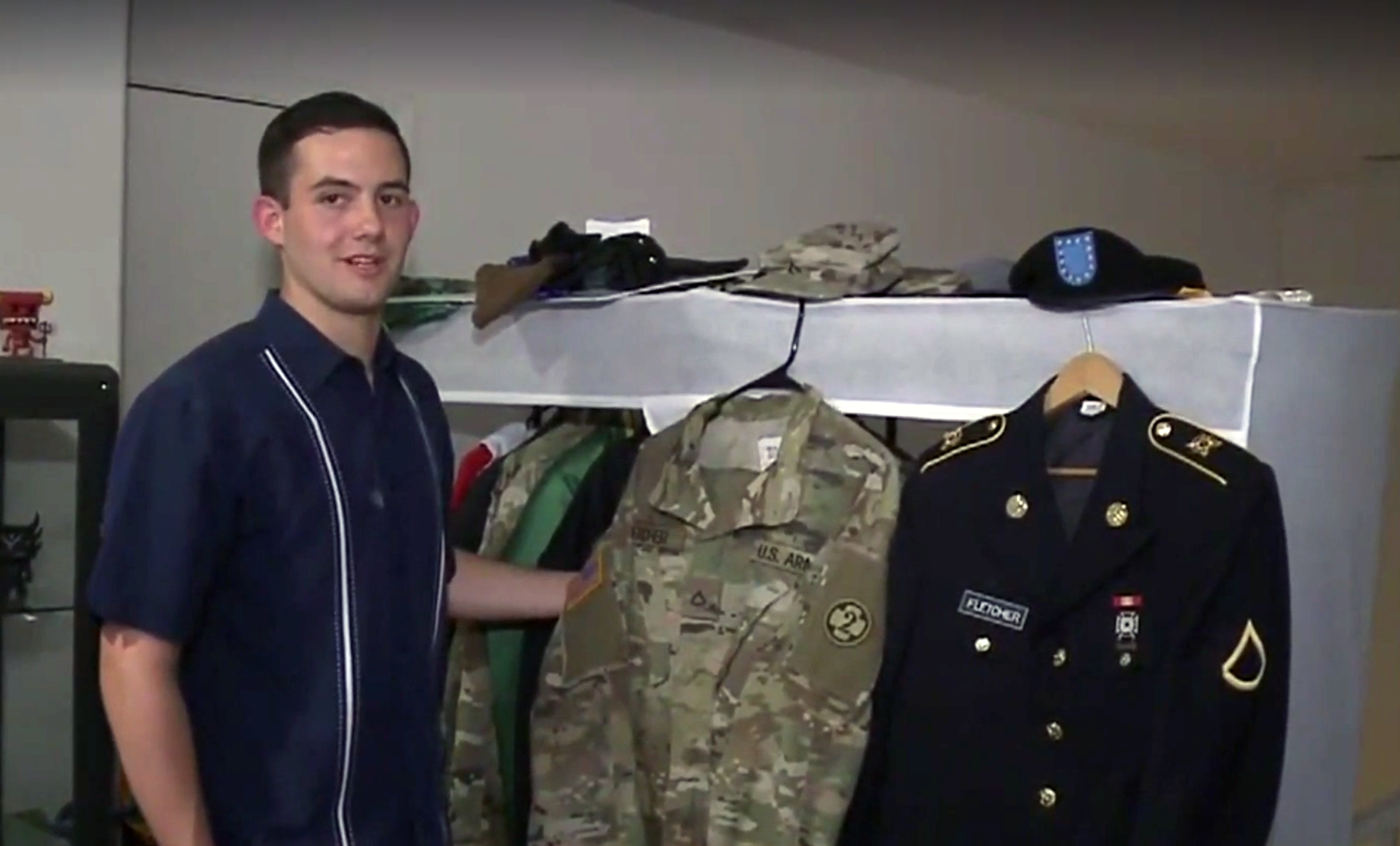 BRENTWOOD, Calif. -- A high school student in California wanted to show off his military pride at his graduation ceremony by wearing his U.S. Army uniform, but school administrators insisted he cover it up, violating military code, CBS San Francisco reports.

Harland Fletcher, a senior at Liberty High School in Brentwood, California, says the proudest achievement of his life was to wear his military uniform.

"I talked to my counselor the day before practice," he said, but when he showed up to the graduation ceremony, he was denied.

"'No, you can't walk in that,' and I asked, 'why?' and he said 'that's not the graduation uniform,'" Fletcher said, recalling the conversation.

So he asked again.

"They said they had an extra cap and gown and I said, 'I'm sorry, I can't do that. That's defacing the uniform. That's against the uniform policy," he said.

Fletcher said he was not going to participate and walked out.

According to the uniform code of Military Justice, covering a uniform could have subjected the 18-year-old to a court martial.

The Liberty Union High School District issued a statement to CBS San Francisco on Saturday, apologizing for the incident.

"No slight was meant to Harland nor to the U.S. Army. In fact with a little prior notification, I'm sure Principal Walsh and the site administration would've come to this conclusion before the ceremony," the statement read.

But Fletcher said that the apology wasn't enough.

"I honestly feel like you can apologize all you really want, but in the moment you should've already known," he said.